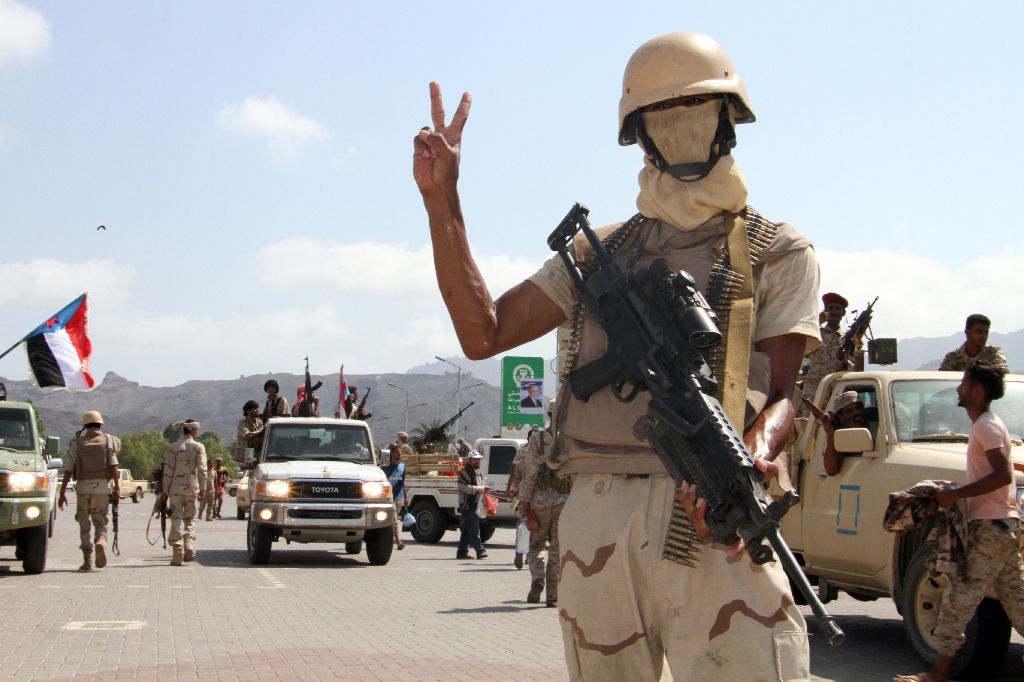 A fragile ceasefire took effect in war-ravaged Yemen just before midnight Wednesday, under a United Nations plan, as combatants face mounting pressure to end more than 18 months of fighting.

The UN special envoy for Yemen, Ismail Ould Cheikh Ahmed, had announced on Monday that the cessation of hostilities would take effect “at 23:59 Yemen time (2059 GMT) on 19 October 2016, for an initial period of 72 hours, subject to renewal”.

It is the sixth attempt to end the bloodshed since a Saudi-led Arab coalition intervened in March 2015 to support the government of President Abedrabbo Mansour Hadi after rebels overran much of Yemen.

Shortly after the truce began, the coalition issued a statement saying it “will abide by the ceasefire”, which aims for “distribution of the greatest possible humanitarian and medical assistance” to Yemen’s people, especially the besieged city of Taez.

It said it will continue an air and maritime embargo, to prevent weapons shipments to the rebels, and will maintain airborne reconnaissance.

The rebels’ military spokesman, General Sharaf Lokman, said his forces will respect the ceasefire as long as “the enemy” also abides by it on land, sea and air.

However, he urged his fighters to be ready to retaliate against “all aggression.”

Early Thursday there were reports of continued combat.

Three pro-government fighters were killed near the Red Sea in Hajja province when Huthi rebels, after midnight, began a counter-offensive to retake positions lost before the truce, a loyalist officer, Colonel Abdel Ghani al-Chebli, told AFP.

“The rebels didn’t respect earlier truces and we have orders to retaliate. We are in a defensive position,” he said.

Military sources and residents said there had also been fighting around Taez, and pro-Hadi positions came under fire in Sarwah, east of Sanaa.

But civilians have paid the highest price in the war.

Almost 6,900 people have been killed — more than half of them civilians — while another three million are displaced and millions more need food aid.

“The ceasefire must be respected by all sides and its duration extended so as to create the necessary conditions for such negotiations,” she said.

Mogherini added the ceasefire will allow urgent humanitarian assistance to reach large parts of the population that have suffered drastic shortages.

On Tuesday, US Secretary of State John Kerry encouraged the “unconditional renewal” of the truce.

The last ceasefire attempt, which began in April alongside UN-brokered peace talks in Kuwait, failed with both the rebels and the coalition accusing each other of breaches.

After peace talks collapsed in August, fighting escalated until an October 8 coalition air strike which the UN said killed more than 140 people and wounded at least 525 at a funeral in Sanaa.

The United States announced an “immediate review” of its intelligence and refuelling assistance to the coalition, whose investigative team then released unusually quick findings from a probe of the incident.

It said a coalition aircraft “wrongly targeted” the funeral based on “incorrect information”.

In another major development, the US Navy for the first time targeted Huthi rebels directly.

On October 13 it hit radar sites which, the US said, were involved in missile launches against a US warship and other vessels.

They control the capital Sanaa and other territory but coalition-backed forces earlier pushed them back from the southern port of Aden and adjacent areas.

Both the rebels and pro-government forces have come under increased international pressure to silence their guns.

Hadi’s government said it would agree to the truce if rebels also adhered to it and ended their siege of Taez.

The UN’s humanitarian coordinator for Yemen, Jamie McGoldrick, on Wednesday told reporters he hoped the truce will provide a chance for aid workers to reach areas isolated by the fighting.

Mustafa Alani, a senior adviser to the Gulf Research Centre, said the prospects for peace were growing.

“I am more optimistic, actually, because the environment is completely different from the previous” truce, he told AFP.

Numerous analysts question the extent of Tehran’s influence over the Huthis, a minority group which fought six wars against Yemen’s government from 2004 to 2010.