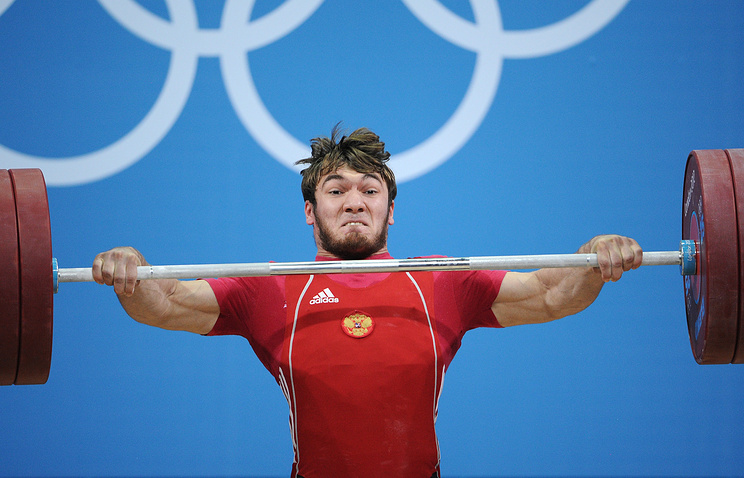 The International Olympic Committee (IOC) announced on Tuesday its decision to annul the 2012 Olympics silver medal won by Russian weightlifter Apti Aukhadov after the reanalysis of his doping probe tested positive for performance enhancing drugs.

“Apti Aukhadov, 23, of the Russian Federation, competing in Men’s 85 kg weightlifting event, has been disqualified from the Olympic Games London 2012, in which he ranked second and was awarded the silver medal,” the IOC said in its press statement.

“Re-analysis of Aukhadov’s samples from London 2012 resulted in a positive test for the prohibited substances Dehydrochlormethyltestosterone (turinabol) and Drostanolone,” the statement said.

The IOC also said instructed the Russian Olympic Committee (ROC) to “secure the return to the IOC, as soon as possible, of the medal, the medalist pin and the diploma awarded in connection with the Men’s 85 kg weightlifting event to the Athlete.”

The Executive Board of the world’s governing Olympic body convened a special session on May 17 discussing efforts of stepping up the fight against the drugs cheats and furnish measures to protect clean athletes ahead of the Olympics in Rio. As part of its anti-doping efforts, IOC ordered reanalysis of doping samples of athletes from 2008 Olympics in Beijing and 2012 Olympics in London.

Following two rounds of re-testing, a total of 98 Olympians registered positive for banned substances – 60 from the 2008 Games and 38 from the 2012 Games. Among them were 23 medalists from both Olympics.