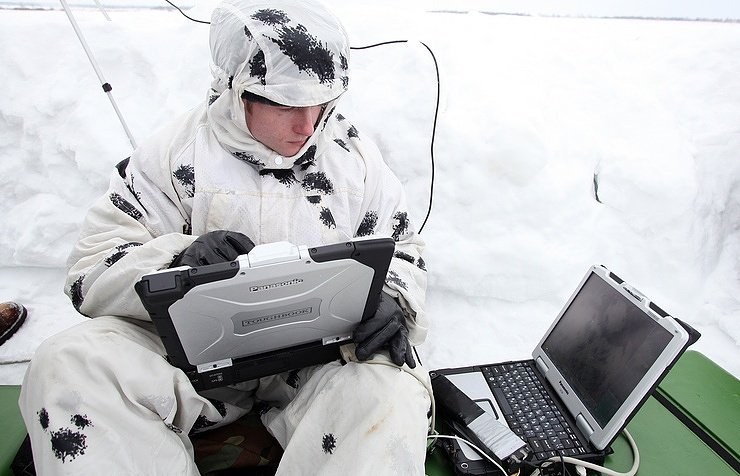 A new round of Ukrainian sanctions against Russia was quite brash – the expanded list included several key payment systems and Rusal, a major aluminum refinery in the country. In an interview with Kommersant the companies do not hide their concerns, experts wait for retaliatory actions from Russia.

According to the Russian Central Bank, in Q1 2016 Ukraine transferred $22 mln to Russia via payment systems, and $137 mln back. “Ukraine represents the third largest remittance flow. Kiev’s decision might result in Russia losing customers, revenues,” Chairman of the National Payments Council Alma Obaeva told the newspaper.

This is why we have prepared a letter with proposals for “a retaliatory move” and sent it to the Central Bank, the Federal Antimonopoly Service, the State Duma and the government. We look forward to the reaction by Russian authorities and the regulator,” a representative of one of the payment systems that fell under the sanctions, the source in one of the companies said.

The companies do not expect cash flows between Russia and Ukraine to stop. “There are several options: for example, subsidiaries or affiliates. Another question is that this must be mutually approved by Russian banks and Ukrainian business,” Head of the legal department of the National Legal Service Yulia Galueva told Kommersasnt.

Rusal, which owns major assets in Ukraine might face a much more serious blow. The company owns Nikolaev Alumina Refinery, and the sanctions might cause certain difficulties in its operations. Kommersant sources close to Rusal said that any interference with the refinery and a hypothetical pause in all operations would be “social suicide” as it employs about 1,500 people.

According to Kommersant, sources in the Ukrainian presidential administration, “targeted sanctions” against Russia in Kiev were in the works for a long time. One of the reasons for the measures, according to the source, is the “international context”. “In a situation where EU countries, including Germany, are discussing the possibility of introducing new sanctions against Russia because of Syria, Ukraine should not behave passively. As the country most affected by the Kremlin’s policy, it should set an example to European partners and prove that the time for compromises has passed,” the source told the newspaper.

The leaders of Germany, Russia, Ukraine and France will hold talks once again, this time in Berlin, a year after the previous meeting. So far, there is little to no success in implementing the Minsk agreements, and this time none of the parties expects any breakthroughs at the summit. Vedomosti interviewed political experts about a possible outcome of the talks.

Director General of the Russian International Affairs Council Andrey Kortunov told the newspaper, the logic for initiating Russia’s active operation in Syria was to show the country’s importance to the West and advance talks on the Ukrainian issues. “But, apparently, intervention in Syria did not act as a bargaining chip, on the contrary, it turned out to be a complicating factor,” Professor Alexander Gushchin from the Russian State University for the Humanities told Vedomosti.

“The meeting is a signal that Russia won’t leave and believes that the quartet’s negotiations are valuable and useful,” Kortunov added. Since the sanctions have not yet been lifted, the Normandy format and the Minsk process are still useful to Russia.

Despite the official statements by the Kremlin about the absence of any connection to the negotiation process, Russia suddenly put forward the start of the cessation of airstrikes in the Aleppo region to October 18. “This and some other steps by Moscow suggest that the Kremlin would want to avoid additional factors that may complicate the relationship – at least on the eve of the talks,” Kortunov noted.

Alexander Baunov, an expert at the Moscow Carnegie Center and former member of the Foreign Ministry told the newspaper that the strategy of Russia’s diplomacy is evident should it be facing an impending failure, it would take a back seat and wait for the situation to cool down and wait for a change.

Izvestia: Georgia and Russia looking to patch up ties

Moscow and Tbilisi have been examining the issue of reviving diplomatic relations. At a meeting on October 19 in Prague, the Special Representative of the Prime Minister of Georgia for Relations with Russia, Zurab Abashidze, and the Russian Deputy Foreign Minister, Grigory Karasin, will take another step towards restoring full cooperation between the two countries.

“This year, a record number of Russians visited Georgia – more than one million. They were welcomed, and they had positive feedback. All this confirms our outlook to continue dialogue and search for solutions. Although at this stage it is too early to talk about restoring diplomatic relations, since Moscow recognized the independence of those regions that Georgia considers its own. Nevertheless, if there are any breakthroughs, this question seems to be on the agenda,” Abashidze told Izvestia.

In turn, the Russian side also appreciates the new trend in Russian-Georgian relations and is interested in dialogue with Tbilisi. According to Leonid Kalashnikov, Chairman of the State Duma Committee for International Affairs the possibility of resuming diplomatic relations does exist. However, the Georgian side should make the first move.

“Georgia broke off diplomatic relations, so they have to take the first step. The meeting in Prague might able to move this process,” he told the newspaper.

At the same time, Abashidze noted that although Georgia’s foreign policy direction will not change after the parliamentary elections, Tbilisi is set for pragmatic dialogue with Russia, which is technically referred to as the “Karasin-Abashidze format” The parties will continue talks in the framework of the Geneva consultations, where they will discuss security matters and issues related to Abkhazia and South Ossetia.

Asia’s largest low-cost air carrier AirAsia plans to start flights to Moscow from Bangkok and Kuala Lumpur in the next six months, the airline’s CEO Tony Fernandes said in an interview with Vedomosti.

According to the CEO, the Russian route is quite popular among Asian tourists. He noted that flights to this destination are expected to be scheduled daily.

AirAsia X focuses on medium-and long-haul passenger flights, mainly in Asia and Australia. The company’s aircraft fleet consists of twenty-six A330-300s. According to the company, since 2007, it has carried more than 10 mln passengers.

Izvestia: Russian military creates its own Internet for secure communication

“The military network is not connected to the worldwide web, and all the computers connected to it, are guarded against any connection to uncertified flash drives and external hard drives,” the source said.

It is noted that the system is already fully operational, each military unit has servers that encrypt and transmit information. The system has its own websites, with use authorized only through computers (running on the operating system of the Russian forces – the Armed Forces’ mobile system), certified through service that protects highly classified information. In particular, an e-mail service for transferring sensitive information, including documents “of crucial importance” will be open within the network.

According to the newspaper’s source, the military Internet will operate on leased infrastructure from Rostelecom and the Ministry of Defense’s own distributed network.