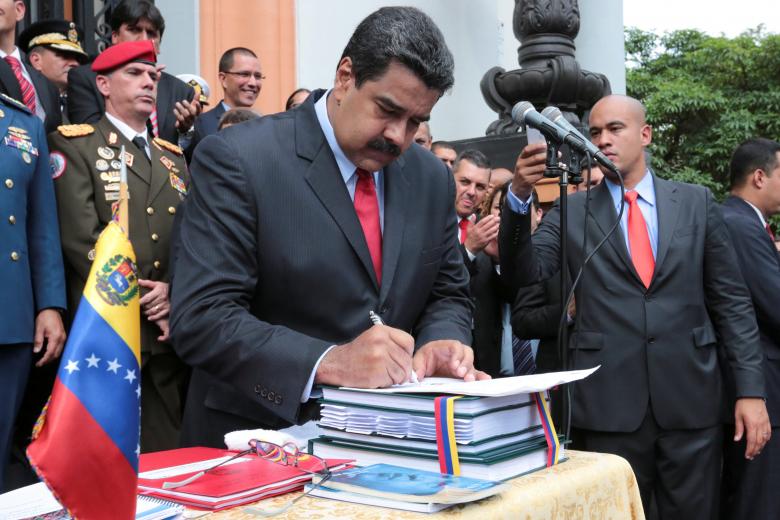 Elections for Venezuela’s state governorships will be held in 2017 rather than December as expected, the election board said on Tuesday, giving the unpopular socialist government more breathing space before going to the polls.

Critics say authorities have delayed the state elections – and are also seeking to derail an opposition push for a referendum to recall President Nicolas Maduro – because they are frightened of letting Venezuelans have their say.

Maduro, who replaced the popular Hugo Chavez in 2013 after his death, has seen his ratings halve to just over 20 percent amid a deep economic crisis in the OPEC nation.

The 23 state governors’ four-year terms were to end in early January, with elections anticipated for December.

But National Election Board head Tibisay Lucena, who the opposition says is close to the government, said they would instead be held toward mid-2017.

Although Lucena did not give reasons, government officials have said exceptional measures are justified because of a U.S.-led “economic war” against them and the oil price crash.

“This decision by the election board is part of a dangerous trend by a regime clearly acting outside the constitution,” the opposition Democratic Unity coalition said. With Chavez suffering from cancer but having just won re-election himself, the socialists swept to victory in 20 states in the last regional elections in 2012.

But opinion polls show they would currently fare badly in any election, and government sources have said they are hoping for an oil price recovery to help them. The opposition has pushed for a referendum this year to remove Maduro and trigger a new presidential election.

But even if they collect the 4 million signatures needed to trigger the plebiscite, in a drive later this month, such a vote could only take place next year.

Under Venezuela’s constitutional rules, that means that should Maduro lose a referendum next year, his vice president would take over rather than there being a new election, dashing the opposition’s hopes of ending 17 years of socialism.

Venezuela’s opposition is also upset at tough conditions set by the election board for its Oct. 26-28 drive to try to collect nearly 20 percent of registered voters’ signatures to request the referendum.

The Supreme Court ruled on Monday that the 20 percent threshold must be met in each of Venezuela’s 23 states, which the opposition says is another breach of the constitution.