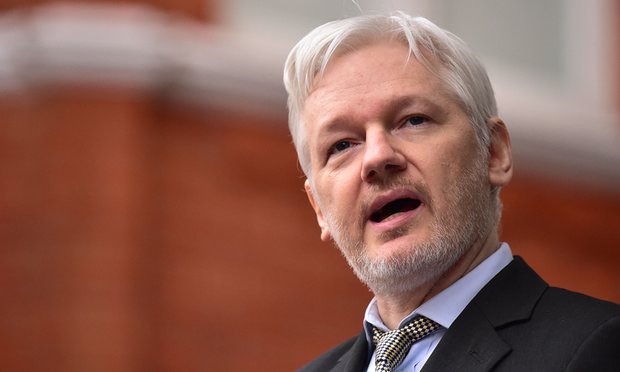 Did the U.S. ask Ecuador to cut Assange’s internet access?

The United States on Tuesday denied charges from WikiLeaks that Washington asked Ecuador to cut the internet connection of the website’s founder Julian Assange.

Assange has been staying at the Ecuadoran Embassy in London since 2012 to evade prosecution by Sweden over a rape allegation.

In a series of tweets beginning late Monday, the anti-secrecy website said it learned from “multiple U.S. sources” that Ecuador cut off Assange’s internet connection at the behest of U.S. Secretary of State John Kerry.

State Department spokesman John Kirby, in a brief statement, denied that Washington had played any role in the move.

“While our concerns about WikiLeaks are longstanding, any suggestion that Secretary Kerry or the State Department were involved in shutting down WikiLeaks is false,” Kirby said.

“Reports that Secretary Kerry had conversations with Ecuadorian officials about this are simply untrue. Period.”

“That’s just not true,” said State Department deputy spokesman Mark Toner. “(Kerry) didn’t even engage with President (Rafael) Correa when he was on the ground in Colombia. They had no meeting.”

“No one in the State Department has attempted to engage with the Ecuadorian government on this particular matter.”

On Saturday, WikiLeaks published three private, paid speeches Clinton made to Wall Street investment giant Goldman Sachs, after she left her position as secretary of state and before launching her White House bid.

Clinton’s campaign team, which has not contested the authenticity of the documents, has blamed the Russian government for the hacks, and accused WikiLeaks of seeking to help Clinton’s Republican rival for the presidency, Donald Trump.