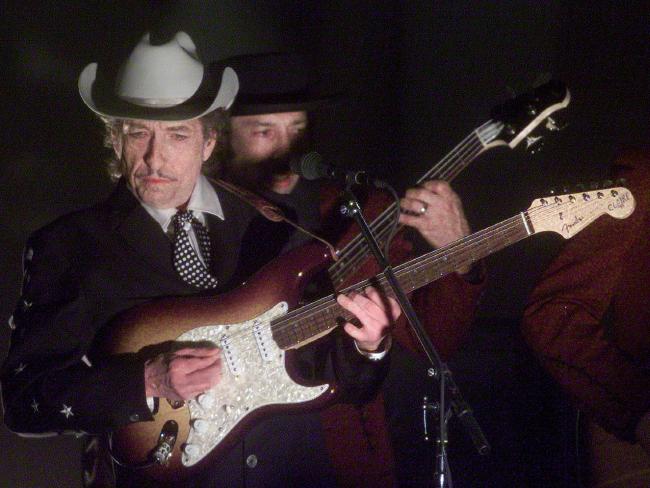 WHEN the Beatles first visited America in 1964, having just topped the charts for the first time and with fan hysteria already well established, Paul McCartney was asked by a reporter where he saw the group’s music in Western culture.

“You must be kidding with that question,” McCartney shot back. “Culture? It’s not culture.” What is it then? the reporter asked.

That’s all popular music was back then. McCartney and his bandmates were young men playing pop music for kids. They didn’t know how long they could expect to stay popular. Pop acts had a burst of fame and that was it. The kids would move on to someone else. That was the norm. The Beatles’ drummer, Ringo Starr, had already decided that after the bubble had burst in a year or two, he’d set up a chain of women’s hair salons.

It didn’t work out that way, did it? More than 50 years on, the Beatles continue to be one of the highest-selling recording artists in the world.

Back when the Beatles were conquering the world, there was one writer and performer who could stop them in their tracks. In 1963, they grabbed Bob Dylan’s second album, The Freewheelin’ Bob Dylan, and according to George Harrison they “just played it, just wore it out. The content of the song lyrics and just the attitude — it was incredibly original and wonderful”.

If anybody had suggested in 1963 that Dylan, then in his denim jacket and acoustic guitar-folkie phase, would one day be a Nobel laureate — well, they would have been advised to seek help.

Even now, it takes some getting used to. The judges who gave Dylan this year’s Literature prize knew they were taking a bold step, one from which there could be no turning back.

By awarding it to a career musician — an entertainer, no less — they were embracing popular culture and conferring literary legitimacy upon it. The permanent secretary of the Swedish Academy, Sara Danius, made that point when she described Dylan as a “great poet in the great English tradition, stretching from Milton and Blake onwards. And he’s a very interesting traditionalist, in a highly original way. Not just the written tradition, but also the oral one; not just high literature, but also low literature”.

This decision to dispense with the separation of high and low literature by the judges of the world’s most esteemed literary award is a big deal. In Dylan’s case, it’s an important vindication of the explosion in popular culture that took place in the first half of the ’60s, a recalibration of how art for the masses will be viewed from here on.

The barriers between high culture and middle-brow and popular stuff have been blurring ever since Dylan, the Beatles and a number of other artists in the 1960s blended personal confession with social commentary in their music. They added complexity. Before them, most popular songs had conveyed a single emotion, a solitary thought.

I confess I’m not a particular devotee of Dylan’s work. I’ve followed his career and his music rather than embracing it. I can see the immensity of his talent — it’s hard not to — but I can’t say I’m often motivated to listen to him.

But this award obviously confirms a shift in what will come to constitute “literature” because, well, has any previous Nobel laureate actually had what we call “fans”? I don’t recall anyone saying they were or were not fans of Patrick White when he won in 1973.

Being a performer is not a hindrance to greatness. Shakespeare was an actor who wrote.

Dramatists including Eugene O’Neill, Harold Pinter and Samuel Beckett have won the Nobel in the past. Is there really a profound difference between writing words that must be spoken on a stage and words that must be sung on a stage? Bertrand Russell, the Nobel laureate in 1950, was a mathematician and political pamphleteer as well as a philosopher and essayist.

It’s likely that we’ll see more surprises like this in decades to come as the cultural landscape changes, pushed along by the digital revolution. Hip hop, the dominant popular musical form of our time, is really just spoken words set to beats. Who’s to say a rapper might not win 40 years from now, as long as he or she emulates Dylan’s unbelievable work ethic and keeps producing new, arresting material decade after decade, as he has?

THIS is all very challenging for some cultural gatekeepers, who still like to pretend that valuable, meaningful words still reside only in books of great complexity and anthologies of poetry. But things change.

It’s not that long ago that TV contained 95 per cent junk. Now, there are so many great dramas and comedies made for television that you can’t watch them all and the film industry is becoming confined to producing franchise movies aimed at teenagers to stay afloat.

The best writing is moving to more democratised platforms in an echo of the 1960s when anybody with a guitar and not much of a voice had a shot at success so long as they had something interesting to say, like that Dylan fellow.

And the idea that popular entertainment is nothing but “a good laugh” has been well and truly superseded. Just ask the Swedish Academy.