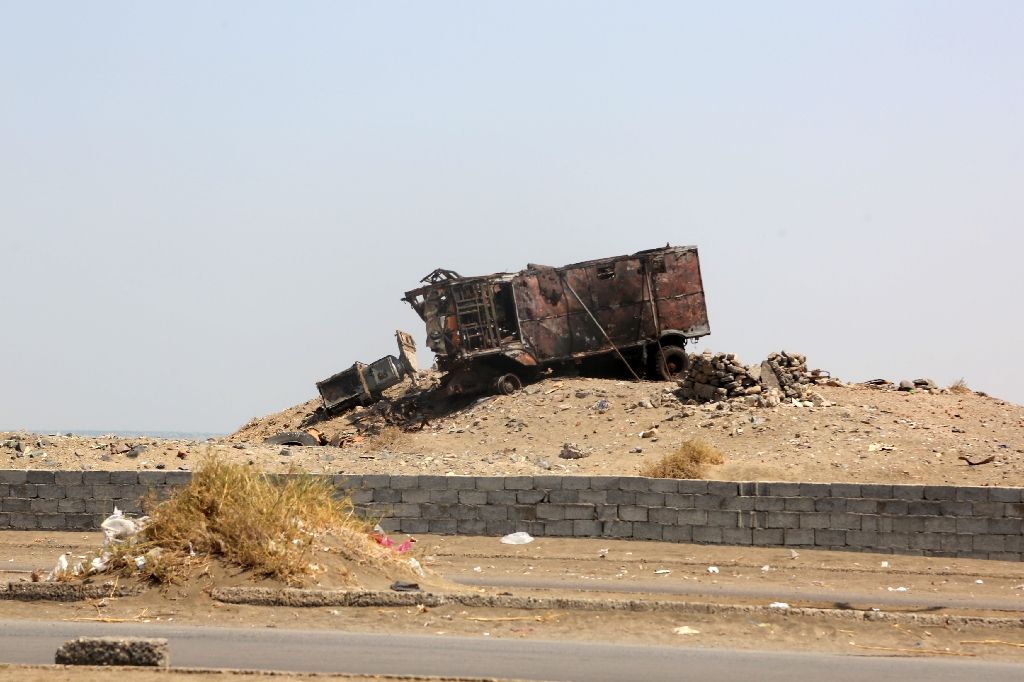 The Pentagon was preparing for possible new strikes in Yemen on Thursday after US missiles hit Huthi rebel targets, but officials stressed America wants to avoid getting embroiled in yet another war.

The military insists these moves are taken out of self-defense.

Though the United States is providing logistical support to a Saudi-led coalition battling the rebels, Thursday’s bombing marked the first time Washington has taken direct action against the Huthis.

Pentagon spokesman Peter Cook said this was not a prelude to a new campaign in the region, where America is to varying degrees waging wars in Afghanistan, Iraq, Libya and Syria.

“We don’t seek a wider role in the conflict,” Cook said. “This is about protecting our people, period.”

The White House also stressed the United States was not stepping up its military role.

“This is not any engagement in the sectarian situation on the ground in Yemen,” White House spokesman Eric Schultz said.

The Huthi missiles were believed to have been a type of C-802 anti-ship weapon with “explosively formed penetrator warheads,” a senior defense official told AFP, speaking on condition of anonymity.

The Huthis have denied conducting the attacks.

“Thanks to the successful strikes carried out in response by the USS Nitze,” which launched the cruise missiles, “the United States Navy has delivered a strong message,” he said in a statement.

But the US strikes did not take out Huthi missiles and, though the radar destruction makes it harder to aim the weapons, the official warned rebels could still use spotter boats or online ship-tracking websites to find new targets.

“They do need to knock it off. We will not hesitate” to launch new retaliatory attacks, the official said.

Cook said the United states was “prepared to respond further.”

“But we believe we’ve taken action that will reduce their ability to carry out these kinds of attacks,” he added.

Another defense official, also speaking on condition of anonymity, warned of a continued threat to US and merchant vessels.

“Have we perhaps neutralized (the missile threat) for the time being by taking out their eyes? That’s a possibility, but radar can be brought in pretty quickly. I don’t think anyone here thinks the threat is gone,” he said.

The rockets fired at the USS Mason on Sunday and again Wednesday were believed to be the first time since 1987 that a US warship has been targeted by an incoming missile.

In May that year, an Iraqi fighter plane shot two missiles at the USS Stark in the Persian Gulf, leading to the deaths of 37 US sailors.

The second defense official said the prospect of an incoming missile would likely have been terrifying for all on board the Mason.

A lucky hit or two could have sunk the ship, he said, and crews would have only had moments to react to the incoming threat.

“You are confident that your defensive measures are going to take care of it, but at the same time… you don’t want to be on the receiving end.”

The Navy was tight-lipped about the countermeasures it deployed.

The senior defense official said the Mason sent its own rockets out that blew up in the vicinity of the Huthi weapons.

These are designed to explode near an incoming missile, creating large amounts of debris that brings it down.

It wasn’t clear if the measures destroyed the missiles, or if these would have crashed into the ocean anyway.

Yemen’s conflict has killed more than 6,800 people, wounded more than 35,000 and displaced at least three million since the coalition launched military operations, according to the United Nations.

As well as supporting the coalition, Washington has for years carried out drone attacks against jihadists in Yemen, regularly killing members of the local branch of Al-Qaeda.