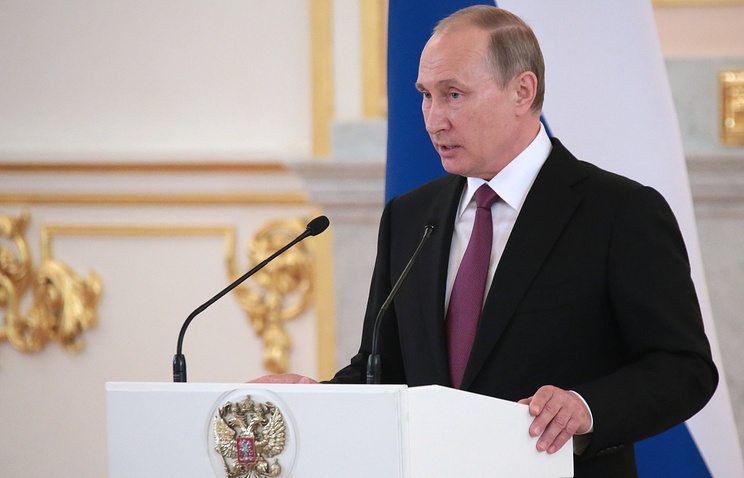 Russian President Vladimir Putin will meet today with the Presidential Council on Developing Physical Culture and Sports in the town of Kovrov in the central Russian Vladimir Region, the Kremlin press service said on Tuesday. The press service said the session will be devoted to improving the system of physical education in Russia and the results of the 2016 Summer Olympic Games in Rio de Janeiro.

“The president will take part in the 6th International Sports Forum ‘Russia – Sports Power’ in the town of Kovrov,” the press service said. The session of the Presidential Council on Developing Physical Culture and Sports will be held on the sidelines of the forum and chaired by Putin. “The main issue on the agenda is improving the system of physical education in the country. The results of the performance of Russian athletes at the 31st Olympics Games in Brazil in 2016 will also be discussed,” the Kremlin noted.

Among participants in the session will be federal ministers, heads of regions, members of the International Olympic Committee (IOC) and heads of Russian sports federations.

The Russian leader will also visit the festival “Days of Sambo in the Vladimir Region” currently underway in Kovrov. The head of state will also meet with representatives of international sports organizations — participants in the International Sports Forum.

In September, Putin held a meeting with Alexander Zhukov, chairman of the Russian Olympic Committee (ROC). Zhukov said that he is preparing several proposals for the upcoming session of the sports council based on the results of the Summer Olympics in Brazil. The ROC chairman noted that most sports federations worked rather well when preparing for the Games and performing at the Olympics, “but certain decisions will be recommended in some spheres.”