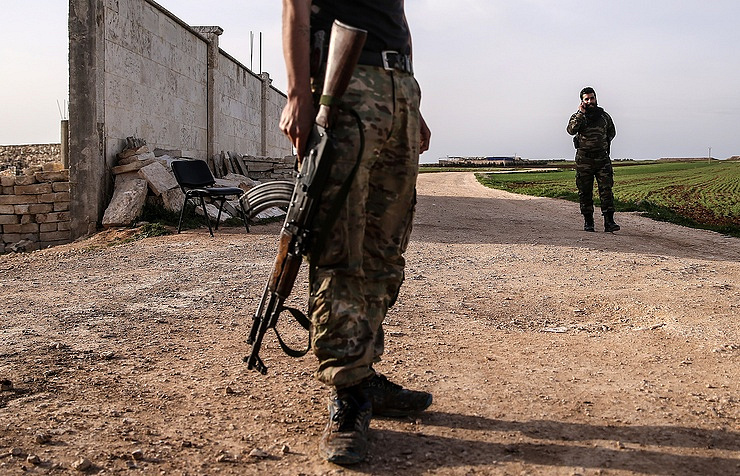 “We regret that the agreements that were so hard to reach at the level of foreign ministers on September 9, were disrupted by US. Americans refused (or maybe are just unable) to separate the opposition that cooperation with anti-ISIL coalition from terrorists from Jebhat al-Nusra (banned in Russia), as well as to facilitate unblocking the Castello road – the most important humanitarian artery in Aleppo,” Antonov said.

“Supporters of methods of force in Washington have won the ‘Pyrrhic victory’. On October 3, US suspended bilateral dialogue with Russia on peaceful settlement in Syria,” he added.

The minister stressed that the United States should leave aside its political ambitions and sit down at the negotiations table with Russia in order to settle the crisis in Syria as soon as possible:

“We are firmly convinced that there is no military solution to this problem. It is necessary to reject political ambitions and sit down at the negotiations table.”

“The sooner Washington understands that it can defeat terrorism only together with Russia, the faster we will achieve the results needed by the international community,” he added.

Russia did everything possible to establish cooperation with the United States in the fight against terrorism in Syria, and the ball is in Washington’s court now, Russian Deputy Defense Minister Anatoly Antonov said on Tuesday at the Xiangshan security forum in Beijing.

“We did maximum possible to establish cooperation with US in the fight against terrorism in Syria. We proposed several promising and important spheres of cooperation, including ensuring security of servicemen of Russia and US-led anti-ISIL coalition. However, we did not find full understanding,” Antonov said.

He reminded that US disrupted the agreements from September 9 and suspended bilateral dialogue with Russia on peaceful settlement in Syria on October 3. “Terrorists are winning from Washington’s destructive actions. That’s why it is important to leave emotions aside and weigh all pros and cons of the joint fight against terrorism once again. The ball is in Washington’s court,” he stressed.

Russia will continue to consistently fight against international terrorism and try to prevent escalation in Syria, the deputy defense minister continued. “At the same time, we do not reject dialogue with US, but we are ready to build it on the equal, mutually respectful basis. We will continue cooperating with the international community, at UN, at UN Security Council,” Antonov concluded.