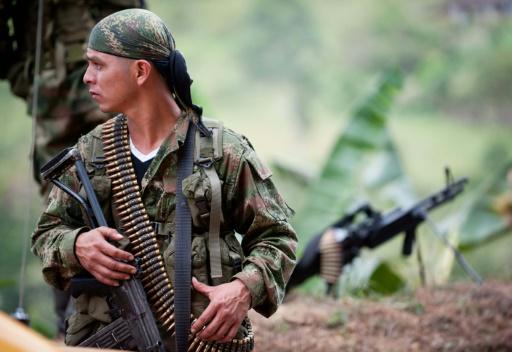 Colombia’s FARC rebels should have shared the Nobel peace prize awarded to President Juan Manuel Santos on Friday for his efforts to end Latin America’s longest war, one of the guerrilla group’s former hostages said.

Ingrid Betancourt, now 54, spent six years in the jungle after being abducted by FARC while campaigning in Colombia’s 2002 presidential election.

The charismatic Franco-Colombian former politician told France’s iTele broadcaster she was “very, very happy” that the prize went to Santos, saying it showed “there was no turning back from peace”.

Asked if she thought FARC should also have been honoured by the Nobel committee an emotional Betancourt said haltingly: “Yes… it’s very hard for me to say yes… but I think so.”

After five decades of conflict, Santos last month signed an historic peace deal with FARC chief Timoleon “Timochenko” Jimenez, but in a shock development on Sunday it was narrowly rejected in a referendum, leaving the peace process hanging in the balance.

Betancourt said the Nobel Prize was a “just” reward for Santos.

“He was practically alone in fighting for this result. He is making history. He is giving the next generation the possibility of living in a different country. It’s a huge moment for Colombia.”