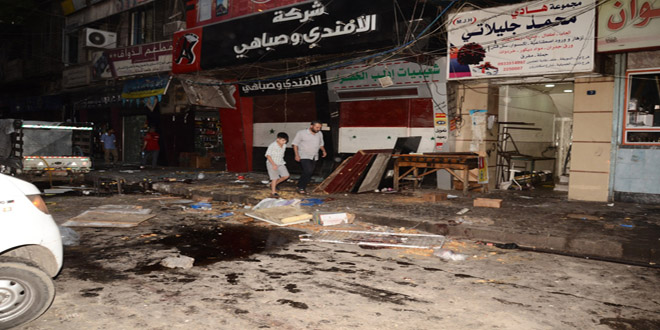 Terrorist rocket attacks kill two, including a child, in Aleppo

Two civilians were killed, including a child, due to rocket shells fired by terrorists on al-Midan neighborhood in Aleppo, according to a source at Aleppo Police Command said on Friday.

Ten shells were fired on the neighborhood by terrorist organizations positioned in the eastern neighborhoods of Aleppo, said the source, adding that the attack left two other persons injured and caused material damage to public and private properties.