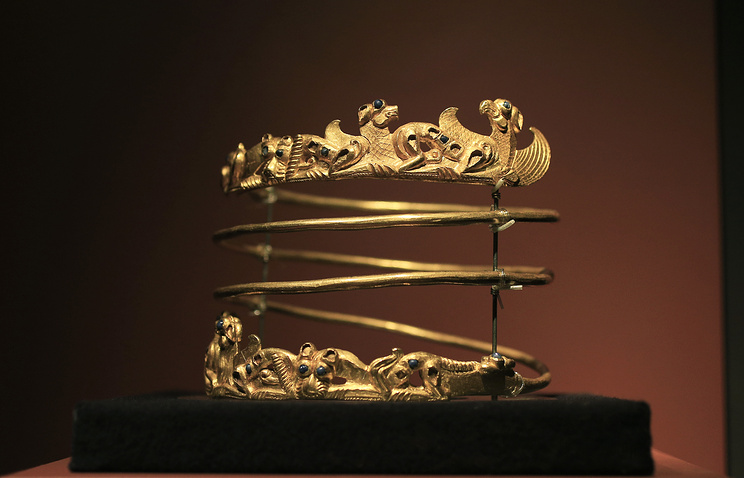 The hearing on the Scythian gold case has opened in Amsterdam on Wednesday. The parties will be provided with an opportunity to formulate their arguments, after that the judges will set the date when a decision on the collection’s future will be rendered.

The case was initiated by the Crimean museums that brought a lawsuit against the University of Amsterdam in November 2014 demanding the return of the collection, consisting of around 2,000 items. The pieces with an insurance value of more than €1 mln, were presented at the ‘Crimea: Gold and Secrets of the Black Sea’ exhibition hosted by the Allard Pierson Museum, the archaeological museum of the University of Amsterdam.

Uncertainty arose after Crimea reunited with Russia in early 2014. Moscow and Kiev both claimed the precious pieces. In this regard, the University of Amsterdam suspended the return procedure until the dispute was resolved on legal grounds or the parties came to terms.

Crimea’s representatives have said on various occasions that they have every right to claim the artifacts since they all had been found on Crimean territory and had been kept in Crimea’s museums.

The lawsuit will be difficult, Crimea’s Central Museum of Tavrida Director Andrei Malygin said. “We are realistic about our chances, we realize that the hearing is being conducted against a negative political background,” he pointed out. “We understand that our adversaries are strong to some extent, they can give some reasons, so this is going to be a difficult legal process.”

At the same time, Malygin stated that “the Dutch court is held in high esteem.” This is a court that usually makes impartial decisions,” he said. “So we hope for a fair decision while we will consider the return of the Scythian gold to the Crimean museums a just decision.”