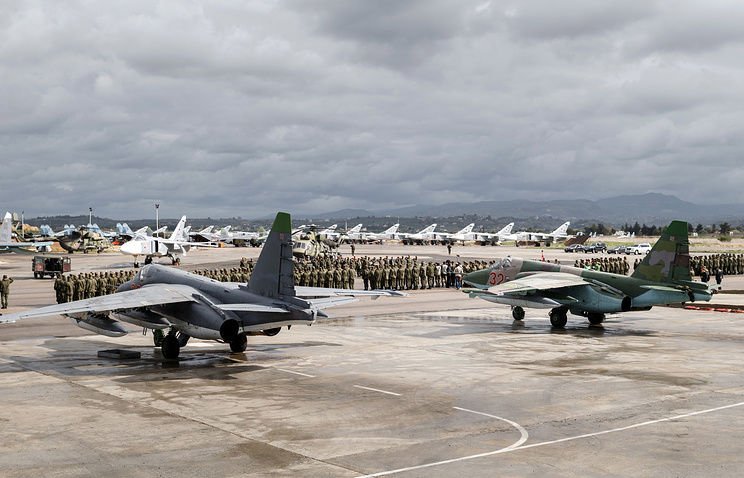 The Russian State Duma’s Committee on International Affairs will consider today the issue of ratifying the agreement between Moscow and Damasus on indefinite deployment of the Russian air group in Syria. Deputy Defense Minister Nikolay Pankov will present a report at the Duma committee’s session.

The document was signed on 26 August 2015 in Damascus, and almost a year later – on 9 August 2016 – was submitted to the State Duma for consideration by the Russian president, the committee’s head Leonid Slutsky told journalists. “In light of the latest steps made by our partners from the United States, first of all, in their unilateral withdrawal from the February agreements with Russia on Syrian settlement, in particular on ceasefire, the ratification of the agreement is becoming especially relevant,” Slutsky said. He added that the deployment of the Russian air group in Syria “is in line with the aims of maintaining peace and stability in the region,” including in the sphere of fighting against international terrorism.

“Armaments, ammunition, equipment and materials necessary for the fulfillment of appropriate tasks by the Russian air group, for ensuring security and vital functions of its personnel, are delivered to Syria without any charges or tariffs. The personnel of the Russian air group freely cross the border, and are not subject to any checks by Syrian border control or customs authorities,” the document noted.

The agreement guarantees immunity to all members of the Russian air group, including their family, analogous to diplomatic immunity, as well as untouchability of their property, archives, documents and transport.

“The agreement is made for an indefinite period of time and is temporarily used from the date of its signing,” the explanatory note to the document said.

On 30 September 2015, Russia launched a military operation in Syria on the request of Syrian President Bashar Assad. In March 2016, Russian President Vladimir Putin ordered to withdraw the main part of the Russian air group from Syria.