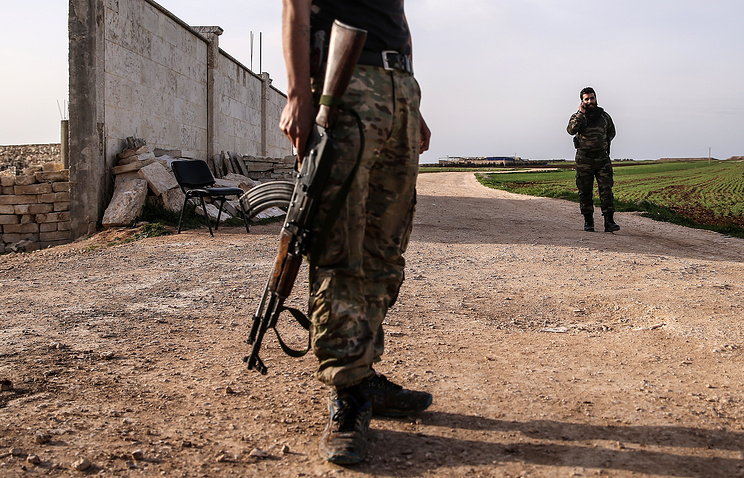 The reason for the tension between Russia and the US over Syria is that “the Americans have been unable to effectively separate the terrorists from the moderates”, Russia’s ambassador to the EU Vladimir Chizhov said in an interview with the Brussels-based media platform EurActiv.

“Russia and the United States, for all the difficulties and complications over the multi-sided conflict in Syria, have been able to agree on a lot of things. And they came up with a number of joint documents which they signed. For some reason the US was quite hesitant, to put it mildly, to make them public, and to seek the endorsement, as we proposed, of the UNSC. But they were leaked anyway by the Americans and are now in the public domain,” Chizhov stressed.

“The problem is that unfortunately, the US has been unable or unwilling to deliver on those commitments that State Secretary John Kerry had actually signed up to. Among those the primary issue is separation between the so-called moderate opposition and Al-Nusra [terrorist group outlawed in Russia]. A lot of attention is now focused on Aleppo, where the eastern part of the city is under control of Al-Nusra and a number of organizations effectively affiliated to Al-Nusra. The Americans have been indicating that some of those maybe linked to the moderate opposition,” Russian ambassador added.

“We say: OK, if the Americans believe some of those do not belong to Al-Nusra and don’t have any such links, please tell them to leave the area. The Americans undertook a commitment to effectively separate the bad guys from the not-so-bad guys, the terrorists from the moderates. But they have been unable to do that since February. The commitments came not only from the State Department, but also from the head of the CIA,” Chizhov went on to say. “The latest that we heard from the State Department is that those groups will define who they are themselves, through self-identification. Well, that doesn’t sound serious in the situation we all see in Syria and particularly in Aleppo.”

On October 3 the US informed Russia about the suspension of bilateral contacts established for maintaining the ceasefire in Syria. In addition, the US has withdrawn its personnel that were expected to participate in the establishing of the Joint Implementation Center. However, the US military will continue to use the military communications channels to avoid conflicts with Russia during anti-terrorist operations.

That was the United States’ response to the failure of the ceasefire in the wake of the militants’ attacks at the government forces, particularly in the Aleppo area.