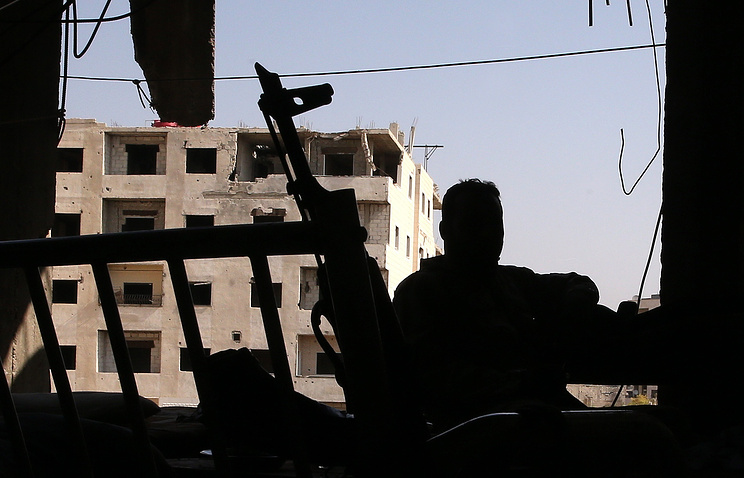 The Kremlin condemns the decision to block the discussion at the UN Security Council on Russia’s statement on the shelling of its embassy in Damascus.

The statement initiated by the Russian delegation was blocked by the US, the UK and Ukraine. Kremlin spokesman Dmitry Peskov told reporters that Russia’s reaction to the move was “negative.”

The Russian embassy in Damascus was subjected to mortar shelling on October 3. It was by coincidence that none of the embassy’s employees was hurt in the shelling, the Russian Foreign Ministry said.

According to the ministry, the Russian embassy was shelled from the Damascus suburb of Jobar controlled by the Jabhat Fateh al-Sham terrorist grouping (outlawed in Russia) and Failak ar-Rahman, also a terrorist group.

A senior Russian lawmaker said on Wednesday that the position by the United States, Great Britain and Ukraine on Russia’s statement in the UN Security Council denouncing a terror act in Damascus suggests the unwillingness of these countries’ authorities to identify the perpetrators.

“Such a tendentious position held by America, Great Britain and Ukraine testifies to the disinterest of these countries’ authorities to identify persons complicit in the terror act committed in Damascus, which points to completely definite conclusions,” Zheleznyak told journalists.

The Russian lawmaker said he considered as unacceptable such actions with regard to the terror act and as a direct breach of the generally accepted norms in diplomatic relations.

“Russia will, no doubt, identify and punish the terrorists who shelled our embassy and it will become clear then how independently or how coordinated their actions were with Western special services,” Zheleznyak said.