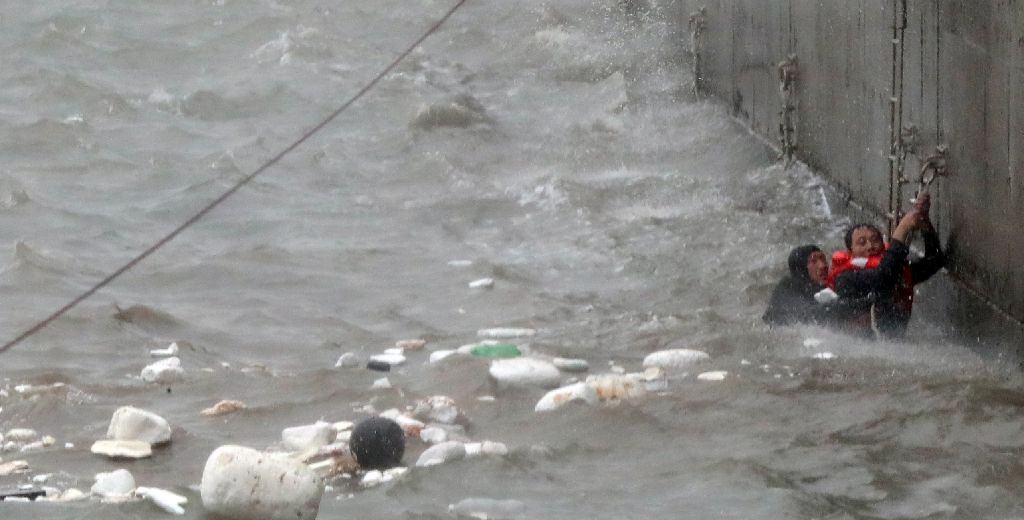 Storm and heavy rain warnings were issued today as powerful typhoon Chaba barrelled toward Japan, after lashing the southern coast of South Korea with winds that triggered flash floods and left at least two dead.

The violent storm was moving north-northeast off the Tsushima islets chain near Japan’s southern Kyushu, packing gusts of up to 180 kilometres (110 miles) per hour, Japan’s weather agency said.

The storm is set to hit Japan’s main island of Honshu Wednesday evening before moving out into the Pacific on Thursday, the agency reported.

All Nippon Airways and Japan Airlines have cancelled a combined 108 domestic flights, while Kyodo news agency said some smaller airlines have also put flights on hold.

The Korean Public Safety Ministry said 2,500 schools had been closed, while tens of thousands of homes along the southern coast suffered power outages.

In the major port city of Busan, a labourer was killed when strong winds toppled a heavy crane, while a man drowned when caught in flood waters in the southern city of Ulsan.

Three other people were reported missing in separate flood-related incidents.

Dozens of flights in and out of the resort island of Jeju — a popular destination for Chinese tourists — were cancelled as Chaba barrelled over the island packing gusts of up to 200 kilometres an hour.

Dramatic footage aired by the YTN news channel showed six crew members from a docked ferry being swept off a pier and into the sea by a giant wave in the southern port of Yeosu. All six were later rescued.

CCTV and mobile video footage shot in Ulsan showed cars being swept down flooded streets and a wooden house having its roof sheared off after slipping into a swollen river and being carried under a low bridge.

Hyundai Motors said two plants at its main production compound in Ulsan had been forced to suspend operations due to flooding.

The carmaker operates five plants in the city that produce a daily average of 5,400 vehicles a day.