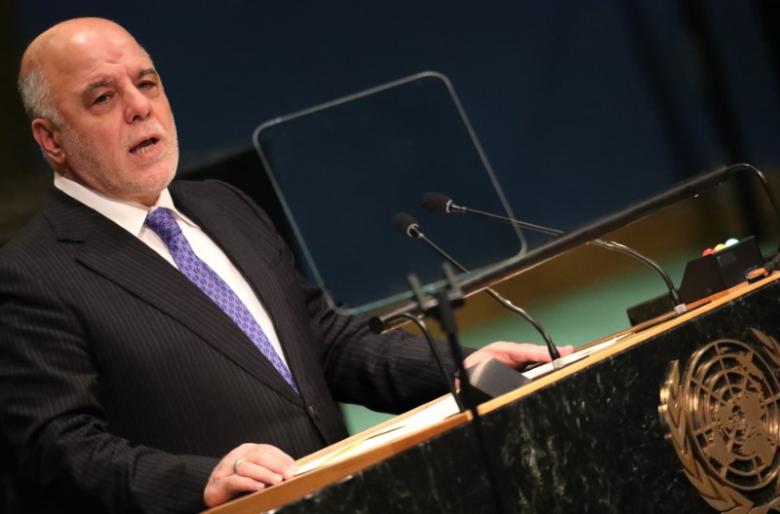 Abadi, who spoke at news conference Tuesday evening, was reacting to the Turkish parliament’s decision last week to extend a mandate that allows military operations against terrorist organizations in Iraq and Syria for another year.

“We have asked more than once the Turkish side not to intervene in Iraqi matters and I fear that the Turkish adventure could turn into a regional war,” Abadi said.

“The Turkish leadership’s behavior is not acceptable and we don’t want to get into a military confrontation with Turkey.”

The Iraqi parliament also voted on Tuesday a text that condemns the Turkish parliament’s decision.

Turkey says it deployed troops at a base in northern Iraq late last year as part of an international mission to train and equip Iraqi forces to fight against Islamic State which controls vast territory south of the border region, around the city of Mosul, and also in neighboring Syria.

The Iraqi government says it never invited such a force and considers the Turkish troops as occupiers.

Yesterday, Iraqi Prime Minister Haider al-Abadi said “victory is near” as he pledged to recapture Mosul from jihadists, in a radio address to residents of the city on Tuesday.

It was the first such address by Abadi, though it was unclear how many residents of Mosul, which was seized by the Islamic State (IS) group in 2014, heard his remarks, as the jihadists have sought to limit communication with the outside world.

“Today we are close to you, and you are close to us, and victory is near, with God’s help,” Abadi said, according to a copy of his remarks distributed by his office.

“Today we are advancing and tomorrow we will be victorious together, and then we will work together to bring back life and services and stability to every city and village,” he said.

Abadi also called for Mosul residents to cooperate with Iraqi security forces, and said that: “You are today closer than any previous time to being rescued from the injustice and tyranny and cruelty of (IS).”

Iraq has not announced a specific time for the start of the operation to retake the city, but various Western officials have indicated it could begin this month.

But even after the operation is launched, a coalition of heterogenous and sometimes rival forces will have to fight their way to the city — in some cases over distances of dozens of kilometres (miles) — and then surround it before launching an assault.

The operation may also precipitate a major humanitarian crisis, with the United Nations warning up to one million people could be displaced.

Before fleeing the city, the hundreds of thousands of residents of Mosul will also be at extreme risk of being caught in the crossfire as IS and Iraqi forces clash, and could be held as human shields by the jihadists.