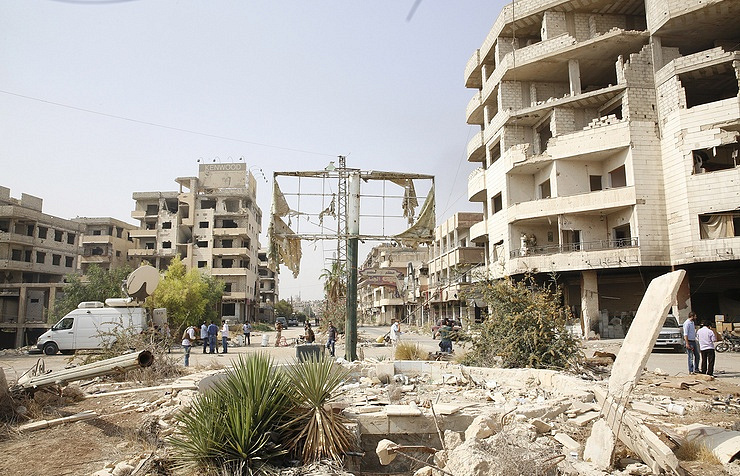 “Moscow may push anti-terrorist war in Middle East to end”

Russia may push the antiterrorist war in the Middle East through to an end after the latest informational provocations and official statements from the US, First Deputy Speaker of the State Duma, Ivan Melnikov told TASS on Monday.

“After the recent informational provocations and official statements from the US we can untie our own hands and push the antiterrorist war in the Middle East through to an end,” said Melnikov, who is one of the top decision-makers in the Communist Party of the Russian Federation (CPRF). He voiced the confidence this would meet the interests of Russia, Europe and the rationally thinking Americans in an equal measure.

“Otherwise this war will spread much broader than today,” he said.

Melnikov recalled that the military operation of the Russian Aerospace Force against the terrorist organization had been very efficacious.

“We suspended it and took up the peace process quite conscientiously, as we expected mutual understanding with the so-called allies in the fight against terrorism,” he said.

“Yet time has shown the US is playing a double game as regards Russia,” Melnikov said. “To suit its interest, the US supports directly or indirectly the forces that seed destruction, bloodshed and chaos. It wants to protect from destruction the big numbers of terrorists and keep them up.”

All of this has become very apparent now, he said.

Earlier on Monday, the chief of the US Department of State press service, John Kirby, said the US was suspending the use of bilateral channels with Russia that had been established to help serve the ceasefire in Syria.

He also said the US was revoking the personnel that was supposed to take up in the setting-up of a joint operational center.