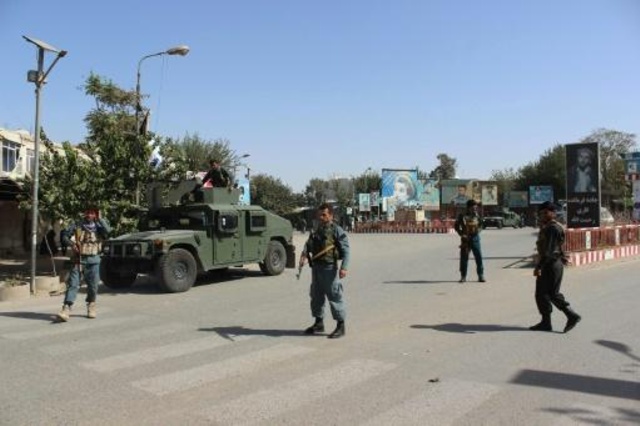 Afghan forces were conducting clearing operations in Kunduz early today, warning that Taliban militants were hiding in civilian homes after an hours-long assault on the city repelled with the help of NATO air support.

Officials said some fighting was still going on in the outskirts of the strategic northern city but that its centre had been cleared of insurgents, with one source putting the number of militants killed in the “hundreds”.

The assault launched early Monday came just over a year after militants briefly seized the provincial capital, and as President Ashraf Ghani flew to Brussels to meet world leaders for a crucial foreign aid conference.

“With the help of special forces we launched an operation last night and cleared the centre of the city,” Mohammad Qasim Jangalbagh, police chief in Kunduz, told AFP, adding that “hundreds of Taliban fighters” were killed.

It was not immediately possible to confirm the toll.

“It is a bit slow because the Taliban are using people’s houses to hide,” he said.

The government “controls Kunduz city”, NATO forces in Afghanistan said on Twitter, while the Pentagon confirmed the United States had conducted air strikes and had special operations forces on hand in support of Afghan troops.

“The situation there remains fluid, we are continuing to watch it closely and to work with our Afghan partners,” said Pentagon spokesman Navy Captain Jeff Davis.

Dozens of civilians were reported wounded during the fighting, with at least one dead, according to the Kunduz hospital and Afghan interior ministry.

Residents had reported being trapped in their homes by intense fighting as the sound of explosions echoed across the city, with provincial officials voicing fears it could fall.

Ghani will meet world leaders in Brussels on Tuesday and Wednesday in a bid to secure financial aid from the international community up to 2020.

The meeting, 15 years after the US invasion of 2001, will try to drum up support despite donor fatigue compounded by conflicts in Syria and Iraq plus the worst migration crisis since World War II.