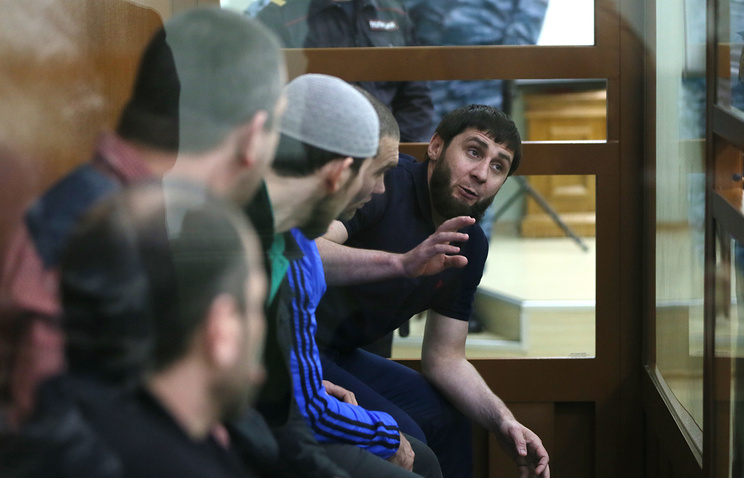 Print journalists have not been admitted into Moscow’s District military court where the hearing of the opposition politician Boris Nemtsov’s killing case is about to begin.

The bailiffs are keeping print journalists outside while the TV reporters and cameramen have been allowed to enter the courtroom.

Court spokesman Kirill Luzhin cited the shortage of seats in the courtroom.

Nemtsov, former deputy prime minister under then-President Boris Yeltsin, co-chairman of the Parnas party and lawmaker of the Yaroslavl regional legislature, was gunned down in downtown Moscow on February 27, 2015. Five persons were arrested on March 8 last year on suspicion of murdering the politician: Zaur Dadayev, Anzor and Shadid Gubahev, Tamerlan Eskerkhanov and Khamzat Bakhayev.

Depending on their role and degree of their involvement, they are pressed with charges under part 2, article 105 (“Contract Murder Committed by an Organized Group”) and part 3, article 222 of Russia’s Criminal Code (“Illegal Acquisition, Transfer, Storage, Transportation and Possession of Firearms and Ammunition by an Organized Group”). Article 105 carries a punishment of up to life imprisonment.

The accused persons are denying their complicity in Nemtsov’s murder. In mid-July they were granted the request for a jury trial.