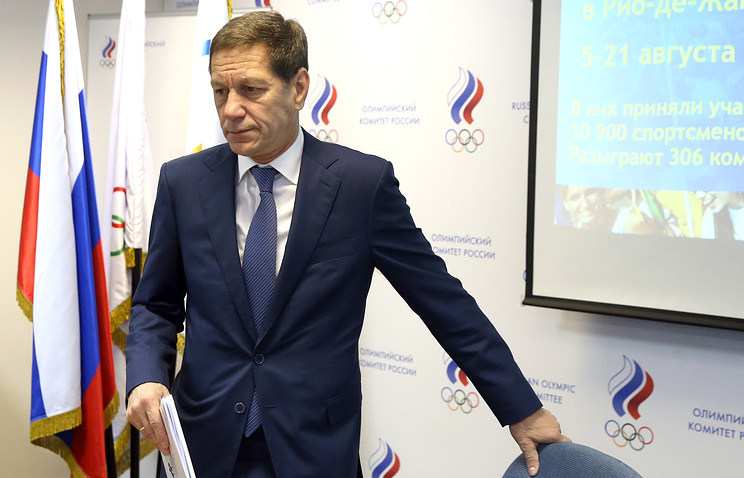 President of the Russian Olympic Committee (ROC) Alexander Zhukov told TASS on Friday he would be attending next week’s IOC (International Olympic Committee) summit on reformations in the global anti-doping system.

The press service of the global Olympic body announced on Thursday that issues regarding new reformations within the World Anti-Doping Agency (WADA) would be on the agenda of the IOC summit in Switzerland’s Lausanne on October 8.

“I plan to attend the IOC summit,” Zhukov said in an interview with TASS. “However, I do not know if I will be delivering a report since the agenda of the summit has not been finalized as of yet.”

An issue of reformations within WADA emerged after the report of agency’s Independent Commission on the allegedly widespread doping abuse in the world’s largest country, Russia, which led to the partial ban of the country’s national Olympians from the 2016 Summer Games and the suspension of the entire Paralympic team from the 2016 Paralympics in Brazil.

Zhukov commented on doping situation in Russia, stressing that the parliament’s lower house is likely to hold by the yearend the second and the most important reading of a bill on the fight against performing enhancing drugs in  sports.

“We must do everything possible to make the fight against doping in Russia effective,” Zhukov said.

“A recently established commission, headed by (ROC President Emeritus Vitaly) Smirnov is already functioning and is drawing a road map on reformations in the fight against doping in sports,” Zhukov said.

“Moreover, I believe that the State Duma will pass in the second reading during its autumn session a draft law stipulating a tougher responsibility, including the criminal responsibility, for the encouragement of performance enhancing drugs abuse,” the ROC president added.

The draft law stipulating a criminal responsibility for encouraging athletes to consume performance enhancing drugs was submitted in late March this year with the Russian parliament’s lower house, the State Duma.

On July 25, the ROC Executive Board approved the establishment of the public anti-doping commission.