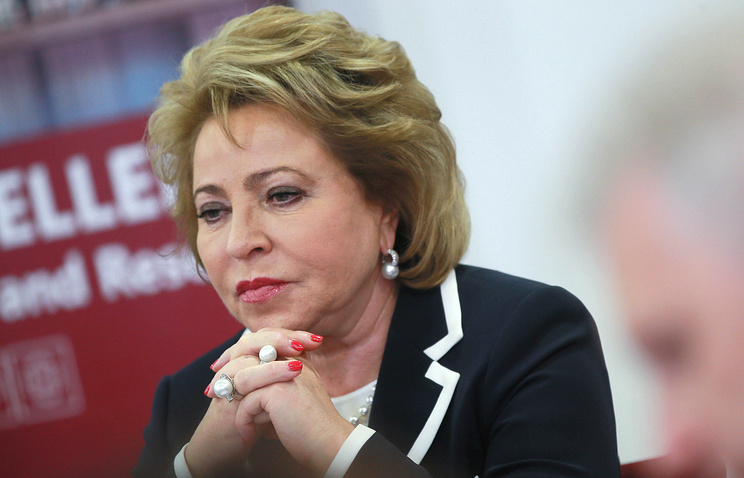 Israel ready to continue cooperation with Russia on Syria

Israel will continue joint efforts with Russia to tap a peaceful solution to the Syrian crisis, the speaker of the upper house of Russian parliament, Valentina Matviyenko said in Jerusalem on Friday after talks with the Israeli Prime Minister, Binyamin Netanyahu.

“The Israeli Prime Minister expressed the intention to continue joint efforts towards tapping a peaceful political solution to the Syrian crisis,” she said. “He also praised Russia’s role in all the international affairs.”

“Binyamin Netanyahu also voiced a range of considerations and proposals that will be reported to the Russian leadership,” Matviyenko said.

“Everyone is alarmed today by the escalation of violence in Syria, as it raises a number of serious questions in the field of security not only for the regional countries like Israel but also for all countries,” she said.

Matviyenko pointed out Netanyahu’s high assessment of the role Russia was playing in efforts to settle the Israeli-Palestinian conflict.

“He (Netanyahu) also voiced several ideas and proposals (on Palestinian-Israeli peace settlement TASS) that I will report to Vladimir Putin,” Matviyenko said, adding that active political dialogue between Russia and Israel was underway.

“This kind of openness and interestedness in cooperation with Russia not only on the bilateral agenda but also across the whole spectrum of acute international problems reveals a genuine intention to coordinate steps with Russia and to develop relations of friendship and trust,” she said, adding that the meeting with Netanyahu was very encouraging.

Matviyenko came to Israel at President Putin’s instruction at the head of the Russian delegation to attend the official ceremonies of bidding final farewell to the Nobel Prize winning former Israeli President Shimon Peres, who was buried in Jerusalem earlier on Friday.