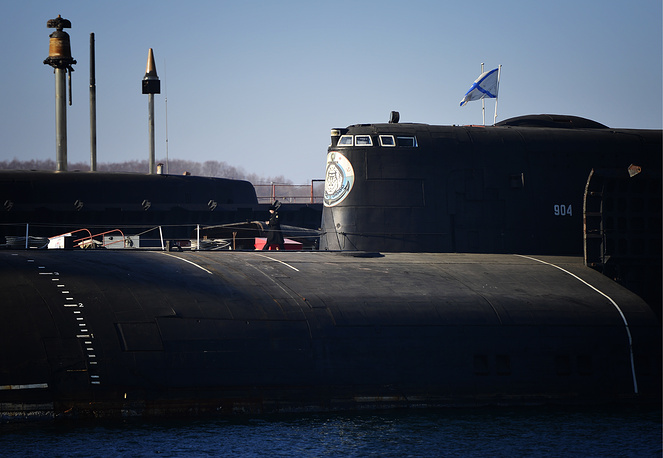 Russia to upgrade only part of nuclear-powered Antey submarines

Russia’s Navy plans to upgrade only part of the nuclear-powered submarines Antey of project 949A, the general designer of the Rubin design bureau, Igor Vilnit, has told TASS.

“No, not all of them. There are certain plans and works will proceed accordingly,” Vilnit said in reply to a question if all nuclear subs would undergo upgrade.

He recalled that upgrade work was in full swing at the Zvezda shipyard in the Far East on two Antey submarines – The Irkutsk and The Chelyabinsk.

Vilnit promised that the upgrade would considerably enhance the submarines’ life cycle.

“It’s just not repairs but fundamental upgrade. Newly-developed radio-technical means will be installed on that vessel,” he added.

According to earlier reports, the Russian navy planned to upgrade ten multi-role nuclear powered submarines of projects 949A and 971. Originally, project 945(A) was mentioned on the list of submarines to be upgraded, too.

All in all Russia has built eleven submarines of project 949A Antey. At the moment eight are on active duty. The Antey’s displacement is 24,000 tonnes. Each carries 24 launchers for Granit cruise missiles and six torpedo tubes.