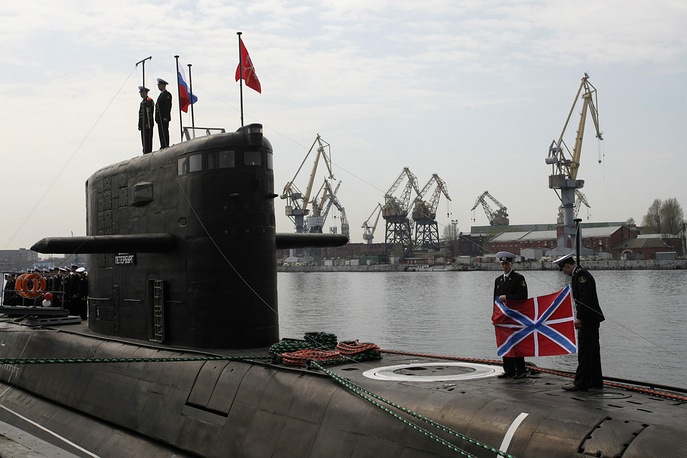 The operational evaluation of the Project 677 Lada-class lead diesel-electric submarine St. Petersburg has confirmed the Navy’s expectations and will be completed at the end of this year, Rubin Design Bureau Chief Executive Igor Vilnit said on Thursday.

The United Ship-Building Corporation announced plans in spring to complete the operational evaluation of the submarine St. Petersburg in 2016.

“As far as we know, the Navy plans to complete the operational evaluation measures this year. The results that have been obtained correspond to the expectations, which confirms the broad prospects for the vessels of this class,” the CEO said.

The operational evaluation that has already been under way for six years, has allowed checking the submarine’s mechanisms and testing the schemes of its use. Also, the submarine is being used to train Navy personnel.

“Initially, the Lada-class submarine was designed as the most advanced ship, for which new types of hardware were developed for testing. Following the submarine’s operational evaluation, and also considering that new radio-electronic technology and other systems have appeared over this period, the Rubin design bureau has worked out an improved project, under which the Admiralty Wharves Shipyard in St. Petersburg in northwest Russia is now building two vessels of this class,” Vilnit said.

The St. Petersburg is the sole Lada-class submarine in the Russian Navy so far.

The submarine was laid down in 1997 and in 2010 it was delivered to the Navy. The Admiralty Wharves Shipyard is now building the second and the third Project 677 diesel-electric submarines, the Kronstadt and the Velikiye Luki and expects to sign a contract in 2018 on building the fourth submarine of this class.