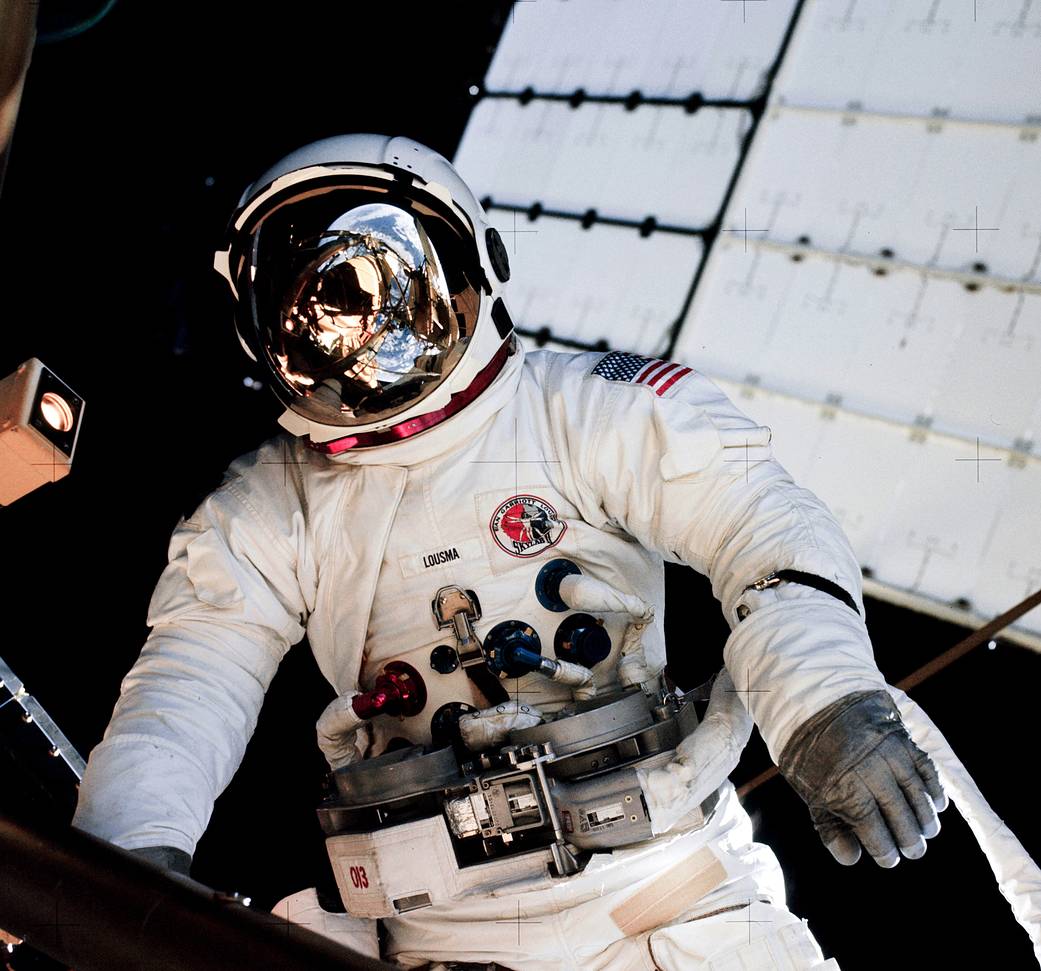 This week in 1973, the second crewed Skylab crew splashes down in the Pacific Ocean, after a successful 59-day mission. Here, astronaut Jack R. Lousma participates in extravehicular activity during which he and astronaut Owen K. Garriott deployed a twin pole solar shield, developed by NASA’s Marshall Space Flight Center. The shield was needed after the original panel to protect the orbital workshop was ripped off during launch in May 1972. The solution was delivered to the space station just over a year after the first launch, with much of the development and testing performed at Marshall. In addition to solving the solar shield issue, Marshall provided the Saturn launch vehicles for the four Skylab missions and directed many of the station’s experiments. Today the Payload Operations Integration Center at Marshall serves as “science central” for the International Space Station, working 24/7, 365 days a year in support of scientific experiments on the orbiting laboratory. The NASA History Program is responsible for generating, disseminating and preserving NASA’s remarkable history and providing a comprehensive understanding of the institutional, cultural, social, political, economic, technological and scientific aspects of NASA’s activities in aeronautics and space. For more pictures like this one and to connect to NASA’s history, visit the History Program’s webpage.