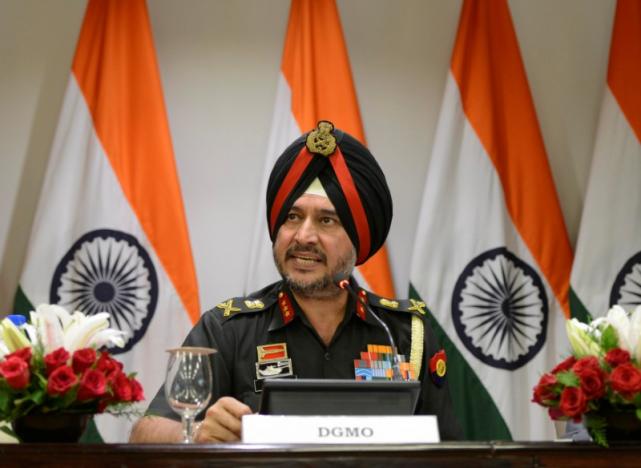 In escalation, India says launches strikes on militants in Pakistan

India said today it had conducted “surgical strikes” on suspected militants preparing to infiltrate from Pakistan-ruled Kashmir, making its first direct military response to an attack on an army base it blames on Pakistan.

The cross-border action inflicted “significant casualties”, the Indian army’s head of operations told reporters in New Delhi. It was not immediately clear whether they involved any incursion by Indian troops across the Line of Control that runs through disputed Kashmir.

The Pakistani military said no such strike had taken place but that there had been an exchange of firing at the frontier.

The Indian military announcement followed through on Prime Minister Narendra Modi’s warning that those responsible “would not go unpunished” for a Sept. 18 attack on an Indian army base at Uri, near the frontier, that killed 18 soldiers.

The strikes also raised the possibility of a military escalation between nuclear-armed India and Pakistan that would wreck a 2003 Kashmir ceasefire.

Lt General Ranbir Singh, the Indian army’s director general of military operations, said the strikes were launched on Wednesday based on “very specific and credible information that some terrorist units had positioned themselves to infiltrate”.

The strikes had caused “significant casualties”, Singh also said, adding he had called his Pakistani counterpart to inform him of the casualties.

Pakistan said two of its soldiers had been killed and nine wounded in an exchange of fire across the de facto border in the Himalayan region.

“There had been cross-border fire initiated and conducted by India, which is an existential phenomenon,” the press wing of the Pakistani military said.

“As per rules of engagement same was strongly and befittingly responded by Pakistani troops.”

The Indian action represents a departure from a traditional policy of strategic restraint in the face of what New Delhi sees as cross-border terrorist acts that it believes are sponsored by the Pakistani state.

“The bigger message is that Pakistan is now on notice that cross-border attacks would be part of our response if there are any more terrorist attacks,” said former Indian air vice marshal Manmohan Bahadur.

It also comes at a particularly delicate time for Pakistan, with powerful Army Chief of Staff General Raheel Sharif due to retire shortly and Prime Minister Nawaz Sharif still to decide on a successor.

The Indian stock market fell heavily on the announcement, with the benchmark NSE Index falling by up to 2 percent in Mumbai and a key “fear index” that measures volatility rising to a three-month high.

India announced its retaliation at a news conference in New Delhi that was hurriedly called, only to be delayed, as Modi chaired a meeting of his cabinet committee on security to be briefed on the operation.

“The prime minister is clear that this is exactly what we should have done,” a senior government official told Reuters on condition of anonymity. “Informing the world about the surgical strike was important today.”

An Indian army officer in Kashmir said there had been shelling from the Pakistani side of the border into the Nowgam district, near the Line of Control, and the exchange of fire was continuing.

There were no casualties or damage reported on the Indian side of the LoC.

Both India and Pakistan claim Kashmir in full, but govern separate parts, and have fought three wars since independence from Britain in 1947, two of them over Kashmir.

Tension between the South Asian rivals has been high since an Indian crackdown on dissent in Kashmir following the killing by security forces of Burhan Wani, a young separatist leader, in July.

They rose further when New Delhi blamed Pakistan for the Uri attack, which inflicted the heavies toll on the Indian army of any single incident in 14 years.

India has been ratcheting up pressure on Pakistan, seeking to diplomatically isolate it at the U.N. General Assembly in New York and winning expressions of condemnation from the United States, Britain and France over the attack.

China, another of the permanent members of the UN Security Council and a traditional ally of Pakistan, has urged dialogue between the two antagonists.

On Wednesday, officials from several countries said a November summit of a the South Asian regional group due to be held in Islamabad may be called off after India, Bangladesh and Afghanistan said they would not attend.