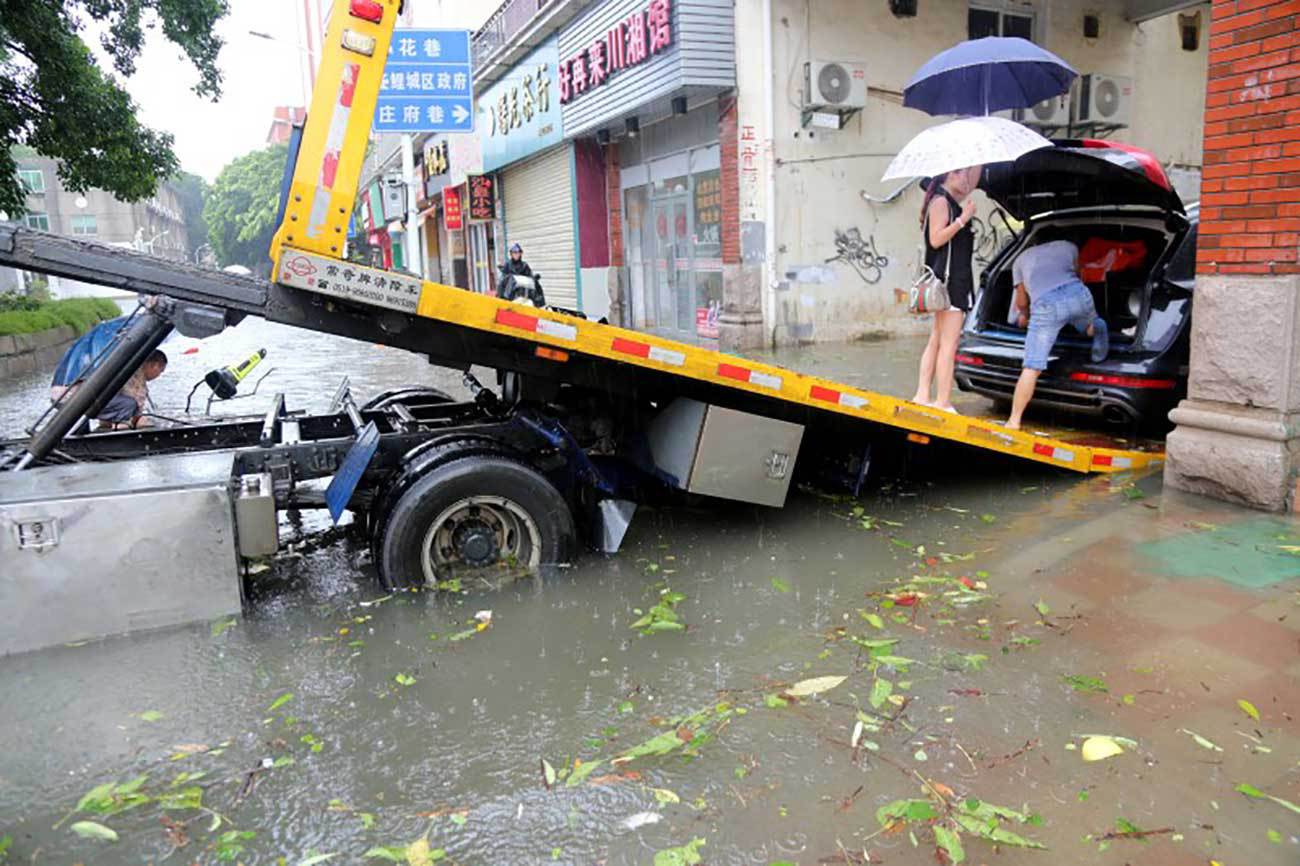 Taiwan went into shutdown on Tuesday as the island faces its third typhoon in two weeks, with thousands evacuated, schools and offices closed across the island and hundreds of flights disrupted.

Typhoon Megi is expected to make landfall in eastern Taiwan later Tuesday but is already bringing widespread violent winds and torrential rain as it nears the island.

According to government figures, 20 injuries have been reported so far.

More than 5,000 people have been evacuated from their homes and around 2,000 are in shelters, according to the Central Emergency Operation Centre. More than 650,000 households have lost power due to the typhoon so far.

A total of 575 international and domestic flights were cancelled as of Tuesday morning, and 109 delayed. Most trains were also halted.

Billboards and scaffolding have been torn down by the powerful winds, and television footage showed waves surging past breakwaters in northeastern Yilan county and outlying Orchid Island.

Ahead of the storm, more than 3,700 tourists had already been evacuated at the weekend from Orchid Island and Green Island — both popular with visitors.

Hualien and Taitung, which are also popular with visitors for their coastlines and landscapes, will be in the firing line.

Those areas are still trying to recover from damage brought by Super Typhoon Meranti earlier this month — the strongest storm for 21 years to hit Taiwan.

Meranti, which left one dead in Taiwan before killing another 28 as it moved to eastern China, was followed closely by the smaller Typhoon Malakas.

Mountainous regions in eastern Taiwan could see a total of up to 900 millimetres (35 inches) of rain through Wednesday, increasing the risk of landslides.

More than 35,000 soldiers are on standby to help with disaster relief.