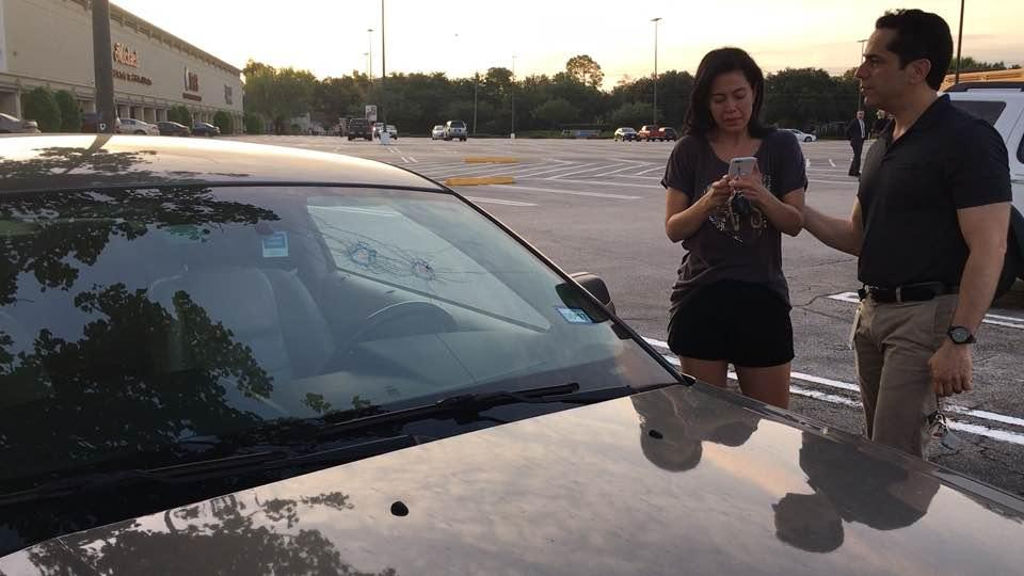 A gunman, who police say was wearing military attire with Nazi emblems, opened fire in Houston on Monday just before daybreak, wounding nine people before police killed him in an exchange of gunfire.

The shooter was a Houston-area lawyer, the Texas city’s police chief Martha Montalvo told a news conference. But, authorities would not identify the man by name, pending further investigation and notification of his family.

Authorities and witnesses described a harrowing scene at approximately 6.30 am (1130 GMT), in which the shooter stood next to his car – using a tree for cover – and fired a rifle and a handgun indiscriminately at passing cars and at responding officers.

“The shots were coming almost non-stop. Four, five, six at a time,” said Jaime Zamora, a cameraman for Houston television station KTRK, who witnessed some of the shooting. He estimated that between 30 and 50 shots were fired.

Local stations broadcast images of multiple cars with bullet holes and broken windows. Of the nine people injured, six were sent to hospitals, while three were treated and released near the scene of the incident.

One person was in critical condition and another in serious condition. “We have high hopes that all these folks are going to survive their injuries,” said David Persse, Houston’s medical director. When police responded to reports of gunfire, they engaged in a shootout with the suspect while approximately 25 yards (23 meters) apart, police said. No officers were injured.

“Multiple officers engaged the suspect, who was shooting randomly at passersby,” Captain Dwayne Ready of the Houston Police Department told a late-afternoon news conference. Federal authorities were assisting in the investigation. Houston police said they have found no connection to terrorism.

The shooter was wearing what appeared to be historic military clothing with Nazi emblems, and employed at least one gun that was popular among gangsters during America’s prohibition era of the 1920s and 1930s, police said. He used a .45 caliber semi-automatic handgun, a .45 caliber semi-automatic Thompson Carbine rifle, and had 2,600 rounds of live ammunition, police said. Both weapons were purchased legally, and the shooter had a concealed-carry license, the ATF said.

Authorities were unsure of the significance of the Nazi emblems, especially because they said they found other historic military paraphernalia in the shooter’s apartment dating back to the Civil War. Houston Mayor Sylvester Turner told KTRK that it appeared the shooter may have been disgruntled over his law firm, which “went awry.”

But law enforcement said they were not yet ready to ascribe a motive to the gunman’s actions. “We are looking at everything. We are not closing the door on anything,” Ready said.

Police were still in search of bullet entry points in cars and inside homes on Monday afternoon, within the residential area of southwest Houston where the incident took place.