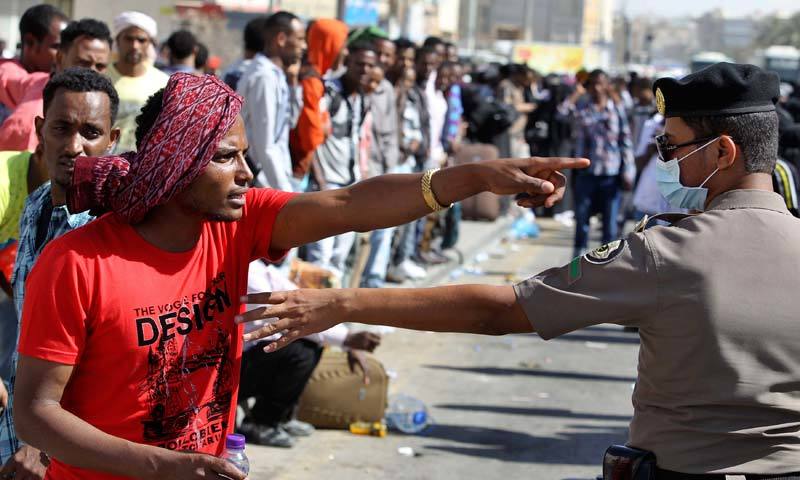 For the past many years, thousands of workers leave the comforts of their homes to travel to Saudi Arabia for better work opportunities and better pays. However, due to the recent decline in Saudi oil business, hundreds of such workers have been laid-off from their jobs with months of unpaid salaries and nowhere to go.

Most recently, the Saudi government started sending these workers back but their months’ worth of salaries still remains unpaid. According to the details provided by embassy officials, a total of 405 Pakistani construction workers are to fly home this week in planes arranged for them by the Saudi government.

These workers were previously employed by the once booming Saudi Oger company which deals in the construction business. Saudi Oger started going on a downward spiral after it stopped receiving state contracts following the dwindling Saudi oil revenues over the past two years.

Pakistanis were not the only ones affected by the lay-offs as thousands of Indians and Filipinos were also laid-off with unpaid salaries. According to an estimate, around 6,500 Pakistanis have not been paid by the construction company for the past eight or nine months. Overall, around 30,000 Saudi Oger workers have been affected.

Meanwhile Saudi Oger will be taken to court so that the unpaid workers can receive their salaries. Once the salaries start arriving, the embassy can collect them on the workers’ behalf and send it back to them.