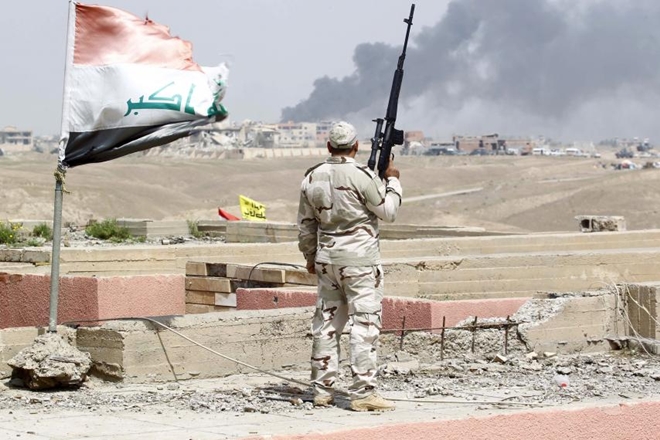 Twelve people were killed on Saturday when militants attacked a police checkpoint north of Tikrit and then detonated a car bomb at the entrance to the city, Iraqi police and military sources said.

There was no immediate claim of responsibility for the attack, the first of its kind since the city, 150 km (95 miles) north of Baghdad, was retaken from Islamic State in April 2015.

One militant was killed at the checkpoint after shooting dead four police officers in the attack at around 5 a.m. (0200 GMT), according to police and sources from Salahuddin Operations Command, which is responsible for security in the area.

Two other militants continued about 7 km to the city limits and detonated the explosives in their pickup truck, killing eight people and wounding 23, the sources said.

An unverified photograph shared on social media showed two dark plumes of smoke rising into the sky near arches at the city’s northern gates.

After the attacks, police tightened security in Tikrit, which already had some of the most restrictive security measures in place following its recapture from Islamic State. It was not clear if other assailants were still in the area.

The military this week retook the district of Shirqat, 100 km north of Tikrit, from Islamic State in preparation for a move on the northern city of Mosul later this year.