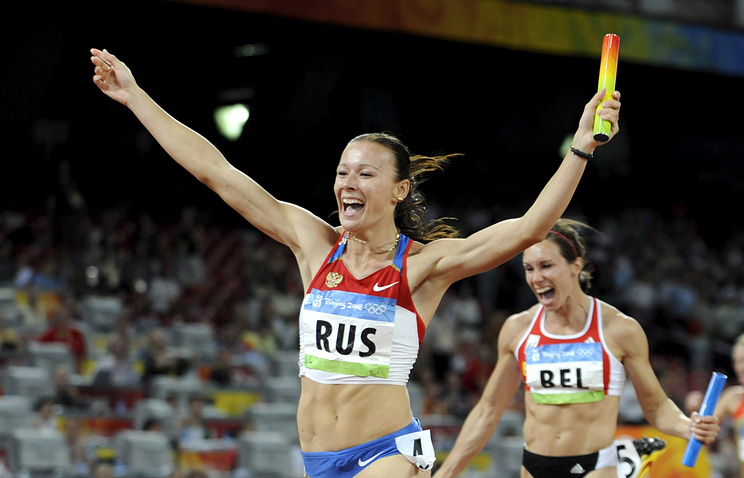 Russian track and field athlete Yulia Chermoshanskaya has told TASS she will not challenge the decision of the International Olympic Committee (IOC) to strip her of gold medal from the 2008 Olympic Games in Beijing.

The IOC announced on August 17 that Russia’s national track and field team was stripped of the 2008 Olympic Games gold medal in the 4×100 meter relay race due to a positive doping test of runner Chermoshanskaya. The decision, which took effect immediately, was made as a result of double-checking 2008 Olympic Games doping tests. Chermoshanskaya’s sample tested positive for two banned substances – stanozolol and turinabol.

The athlete planned to challenge the decision in the Court of Arbitration for Sport (CAS) in Lausanne but later she changed her mind.

“No, I will get nothing from this. Most likely, everything will remain as it is,” Chermoshanskaya told TASS.

The three other athletes who participated in the relay race were Yevgeniya Polyakova, Aleksandra Fedoriva and Yulia Gushchina. Belgium was second, Nigeria third, and Brazil, fourth. Russia was third in the medal standings at the 2008 Beijing Olympics, winning 23 golds (considering the win in the women’s 4-100m relay), 21 silvers and 29 bronzes.