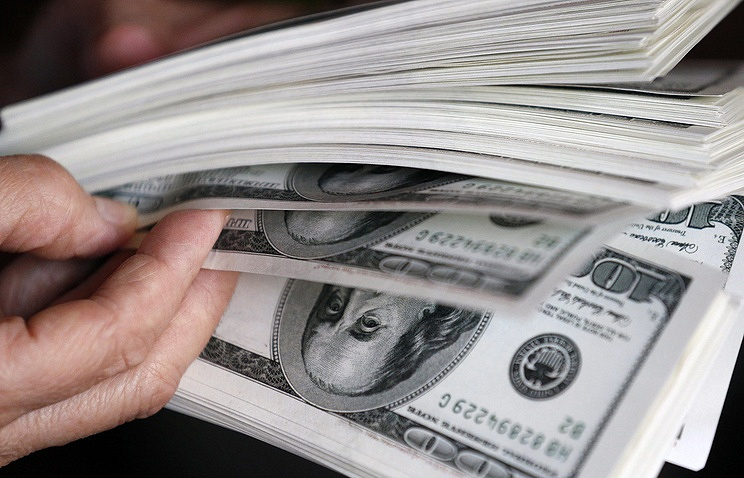 The minister said that excess profits from oil exports should be used to replenish the reserves.

“The ministry has prepared proposals on the ‘budgetary rule’ of reserving excess profits from oil when the prices are more than $40 per barrel. The current price balances supply and demand on the oil market. So all excess profits should be reserved, not so much as to create a ‘safety cushion’. The profits should not affect currency price (of the ruble – TASS), which has been nominally stable for several years despite inflation, so in real terms, it has become stronger,” he said speaking at the Moscow Financial Forum.

Russia’s budget deficit in 2017 is expected to reach around 3% of GDP.

“For 2017 the deficit will remain rather significant, around 3%. We can afford it,” he said.

In such conditions, Moscow may increase external borrowing next year, but the move requires additional discussion. As for the latest Eurobond offering, Siluanov pointed out that Russian sovereign Eurobonds sold ‘like hot cakes.’

“The demand for Russian bonds is very high, as foreigners see our financial and budgetary policy plans, they believe in what we do,” he said.

“Next year we might increase volume of external borrowing, the question is how this will relate to the monetary policy. To what extent can we attract external funding not to affect the exchange rate and the exchange rate ratio of the ruble against the dollar. This is what concerns us.”

The official said that domestic borrowing would grow 3.5-fold next year.

“Next year we are expecting a greater volume of borrowing on domestic markets – 3.5-fold more than this year. I am sure that the market is ready for such volumes,” he said.

According to Siluanov, the Russian Finance Ministry is preparing a three-year budget based on conservative forecasts, without obsessive optimism.

“We should not plan for oil prices and demand for our services to rise. We must make a conservative forecast. In recent year, we were so optimistic in forecasts and the budget. This optimism does not serve anything. The next 3 year will be balanced in this sense. We need to make forecasts without obsessive optimism,” the official said.

The minister has noted that Moscow was not going to raise taxes in the next three years.

“We do not suggest increasing taxes in the next three years,” the Minister said.

According to Siluanov, the ministry considers the rate of state companies’ dividends of 50% acceptable.

“We should increase revenues from our assets, primarily from state-owned companies. We believe that in the current circumstances it is acceptable that all companies must pay dividends to the state. We believe that its volume should be 50%,” he said.

According to the minister, the Russian Central Bank and the Finance Ministry are jointly developing a new mechanism for voluntary contribution pension system.

“This year and the next with the Central Bank we will be discussing and developing a new system of voluntary contribution pension for citizens,” he said.