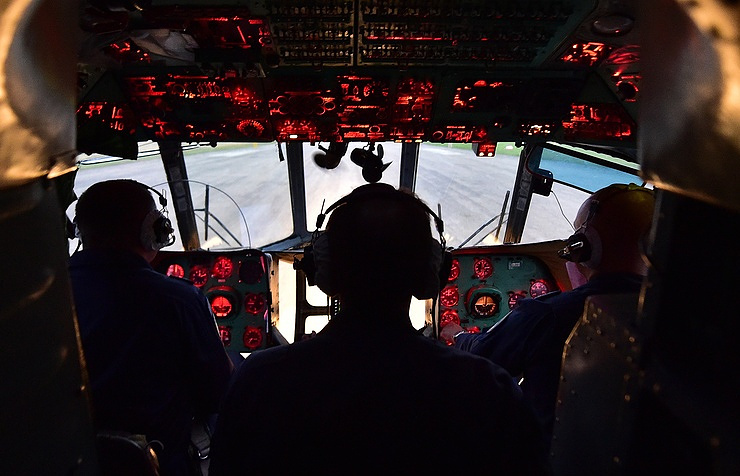 The Russian Emergencies Ministry has confirmed the crash of its helicopter in the Moscow region.

The Russian Emergencies Ministry has put three of its units on alert after the ministry’s Mi-8 helicopter crashed in the Moscow region late on Wednesday.

A regional law enforcement source told TASS two pilots and a flight engineer were onboard.

“They drilled rescue and monitoring operations in difficult weather conditions at night time,” the source stressed.

The crew of the Russian Emergencies Ministry Mi-8 helicopter, which crashed in the Moscow region late on Wednesday could have tried to take the vehicle away from highways and populated localities when they understood that a technical breakdown might have occurred onboard, an aviation source told TASS.

“It looks as if the crew tried to lead the helicopter away from the populated localities. It fell down in the Tomilino forest park between the settlements of Mirnyi and Oktyabrsky – just one kilometer away from Oktyabrsky and 1.5 kilometers away from the Lytkarino highway,” the source explained.

According to preliminary reports, there are no casualties or destruction on the ground. The crashed Mi-8 helicopter had been stationed at an air base in Zhukovsky near Moscow, which is a home to the Russian Emergencies Ministry aviation unit.

The accident occurred in the Lubertsy district of the Moscow region on Wednesday night. The fire at the crash site has been extinguished. The bodies of three crew members have been found. The Russian Investigation Committee has started a pre-trail investigation.