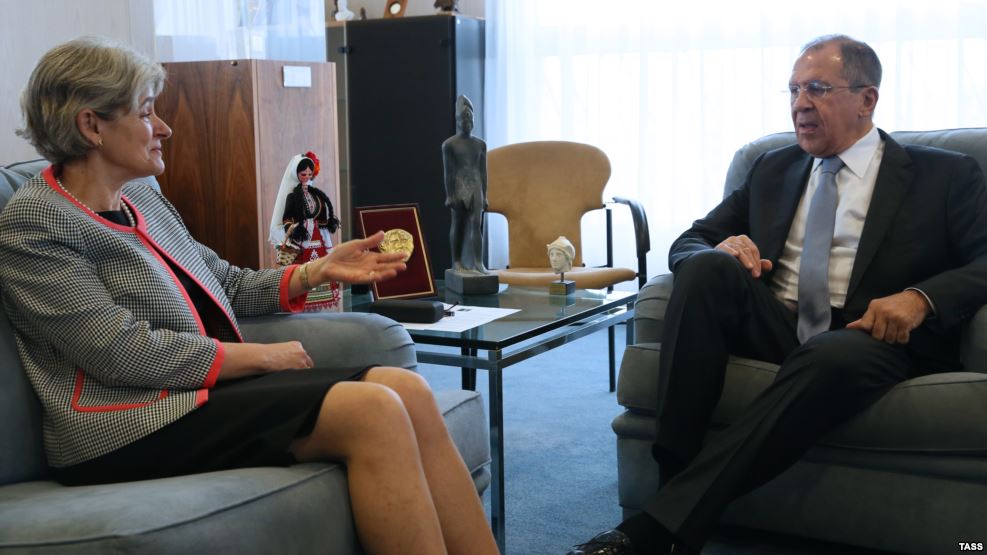 Russian Foreign Minister Sergey Lavrov has discussed with UNESCO Director General Irina Bokova the process of selecting candidates for the UN chief on the sidelines of the 71st session of the UN General Assembly.

“Russian Foreign Minister Sergey Lavrov briefly met with UNESCO Director General Irina Bokova, who is one of the candidates for the post of the UN Secretary-General from the Eastern European regional group,” the Foreign Ministry said.

“The discussion was devoted to selecting the head of the global organization,” it said.

On February 11, 2016, Bulgaria’s representation at the United Nations Organization nominated UNESCO’s Bokova as Bulgaria’s candidate for the position of the UN chief.

The position of the UN Secretary-General held by South Korea’s Ban Ki-moon since 2007 will become vacant on January 1, 2017. A candidate should gain the support from nine members, including all the five permanent members of the UN Security Council. According to the UN Charter, the organization’s head is appointed by the General Assembly on the recommendations from the Security Council.