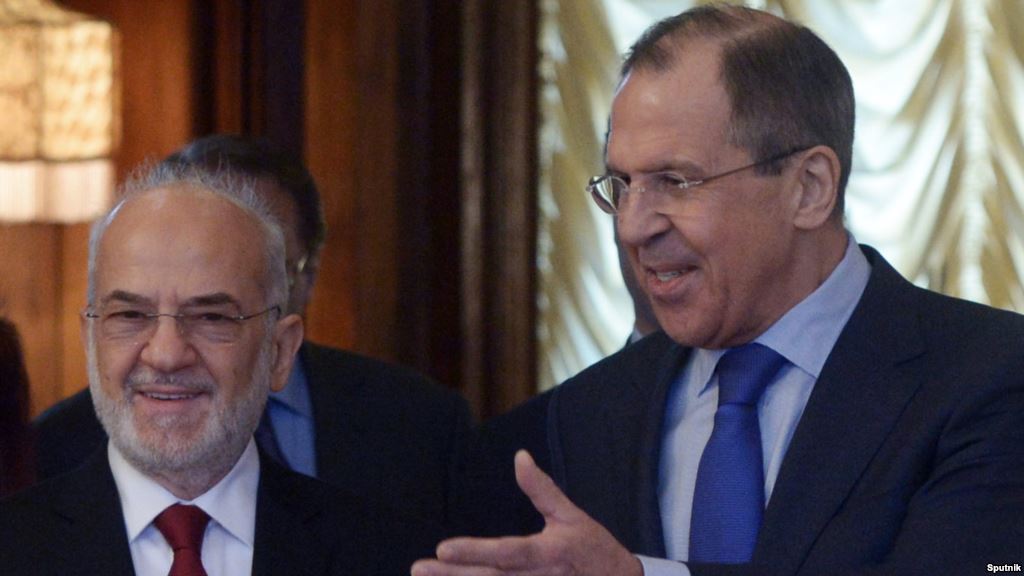 Russia’s Foreign Minister Sergey Lavrov and his Iraqi counterpart Ibrahim Al-Jaafari have met in New York on the sidelines of the UN General Assembly to discuss the situation in Iraq in the context of combating the Islamic State terrorist group (outlawed in Russia), a source in Russia’s foreign ministry said today.

“There was a thorough exchange of views on the situation in the Middle East and North Africa,” the source noted. “The parties paid special attention to the situation in Iraq in the context of the ongoing hostilities between Iraqi government forces and the Islamic State militants. The meeting’s participants also discussed the threats and challenges to regional and global security, that are connected with this group’s activities.”

Russia has reiterated its “solid support for the unity, sovereignty and territorial integrity of the friendly nation of Iraq, and once again emphasized that only the Iraqi people had a right to solve the domestic problems and contradictions through national dialogue taking into consideration the interests of all ethnic and religious groups of Iraqi society.”

The two countries’ ministers also touched upon the current issues of bilateral cooperation including those in the economic field, and drafted concrete practical steps to further boost cooperation.