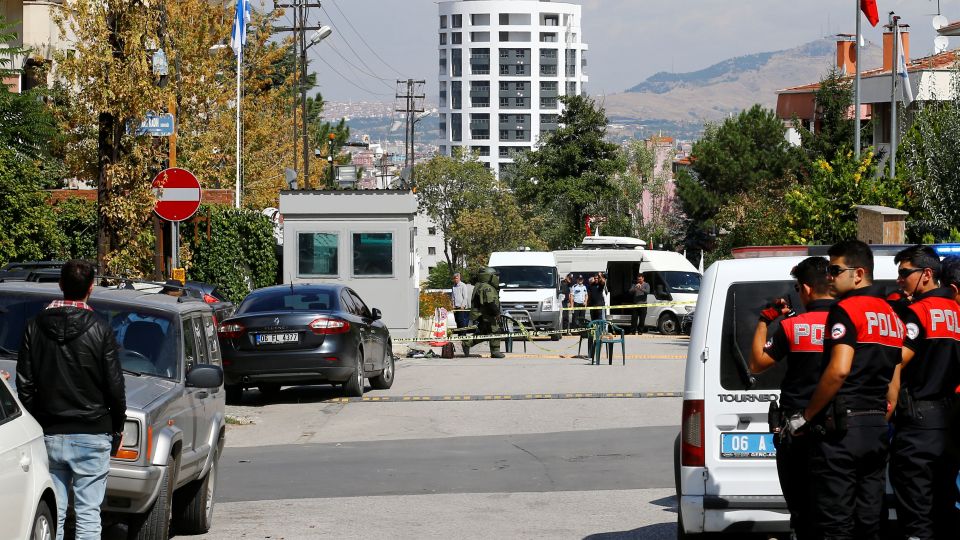 Shots fired in front of Israeli embassy in Ankara: reports

Turkish police shot a suspect in the leg outside the Israel embassy in Ankara after an attempted stabbing attack, broadcaster CNN Turk said.

Another private broadcaster, NTV, also reported that one person had been “injured and neutralised” in the incident. No one was immediately available for comment at the embassy.

NTV said the incident happened as two people attempted to enter the embassy. There was no information available about the other person, also a suspected attacker.