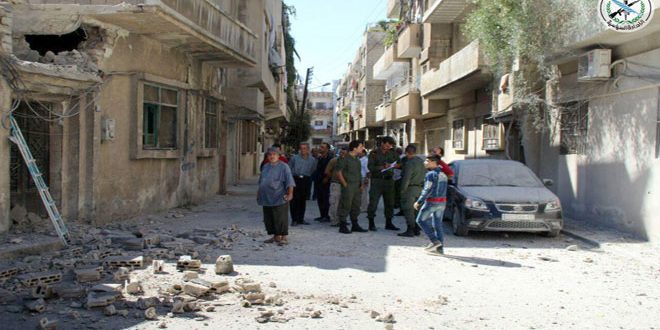 A military source said on Sunday night that the armed groups breached the truce regime 32 times during the past 24 hours through targeting residential areas and a number of the military posts in Damascus, Damascus Countryside, Aleppo, Hama, Homs, Lattakia and Daraa.

The source told SANA that the armed groups breached the truce regime three times in the villages of Akrad al-Dasinieh, al-Mukhtarieh and al-Meshrfa and two times in Tasneem while three breaches were observed in al-Zahra neighborhood in Homs City.

In Hama countryside, two breaches were observed in Zahret al-Tafas and to the west of Ma’an, and a breach was observed in Daraa countryside in the area of the deserted battalion to the southeast of Ebta’a.

The truce regime is applied across Syria for seven days as of 19:00 on September 12th 2016 and until 23:59 on September 18th, with the army reserving the right to respond decisively using all types of firepower to any breach by armed groups.