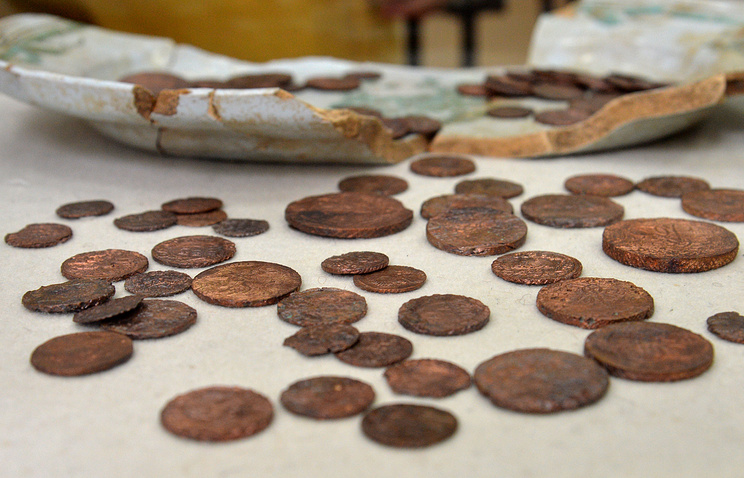 One of the biggest treasure hauls in recent history has been discovered in Pskov during archeological excavations in the historic center of town. Among the treasures unearthed are 18th and 19th century coins, crosses and jewelry. According to the head of the Pskov archeological center, Marina Kulakova, the findings are under evaluation at the Pskov museum complex.

“It is without a doubt, a sensation. The treasure is made up of mostly 18th and 19th century coins, decorations, crosses, encolpions in the shape of a cross (with relics), icons and much more. It is the largest find of its kind in Pskov in recent times,” Kulakova explained.

It will take some time to process the discovery, because the items need to be properly cleaned.

“It is impossible even to determine the denomination of the coins, since they are so thoroughly covered with patina,” Kulikova elaborated.

The treasure was found by the staff of the Pskov archaeological center, who were exploring the territory in the Museum Lane, within the so-called Roundabout (Okolnogo) city, the ancient center of Pskov.

In 2008, archeologists found a set of silver dishes in the same location in Pskov.