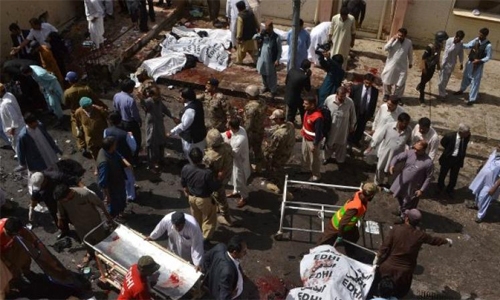 A suicide bomber killed at least 16 people and wounded 35 others as they attended Friday prayers at a mosque in a northwestern Pakistani tribal area, officials said.

The bombing took place in the village of Butmana in the Mohmand tribal district bordering Afghanistan where the army has been fighting against Taliban militants.

“The Friday prayer was in progress at the mosque when a suicide bomber blew himself up killing at least 16 worshippers and wounding 35 others,” a senior tribal administration official told AFP.