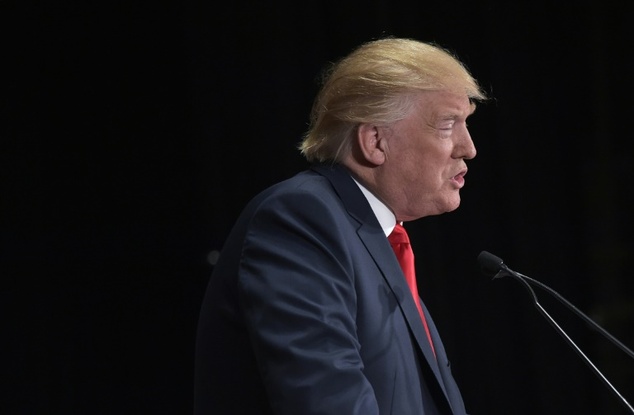 Trump’s enigmatic hair put to the test on US TV

Donald Trump’s hair — a crusty, complex, yellowish affair that has become one of the enigmas of a very weird US presidential race — got messed with big time.

The usually brash presidential candidate talked in subdued tones and played the good sport as he appeared on one of America’s most popular late-night broadcasts, “The Tonight Show Starring Jimmy Fallon.”

Fallon did his very popular impression of Trump’s speaking style, ribbed him right and left and concluded his interview with a request.

“Can I mess up your hair?” Fallon said.

The comic explained that this might be the last time he could ask to do something unpresidential with Trump, lest he win election in November against Hillary Clinton.

The crowd went nuts over the idea.

Fallon reached out with his right hand and mussed Trump’s hair with a vigorous, repeated rub. The Republican nominee endured it with a broad smile.

Trump, 70, has an elaborate hair-do centered on what seems to be an ambitious comb-over.

Nothing fell off with Fallon’s intervention but the result was not very pretty as Trump’s long locks ended up pointing messily every which way.

On other matters, Fallon christened what he called Trump’s “bromance” with Vladimir Putin as “Vlump”, and asked him about his penchant for eating fast food.

“At least you know what you’re getting,” Trump said. He added that if he went to an unknown place, “If they don’t like me … I don’t know. I’m better off with fast food.”

Fallon also thanked Trump for providing what he described as grist for so much comic material.

“But I’m trying not to anymore,” Trump replied.