Home » News » In Canada, all must help integrate immigrants: Trudeau 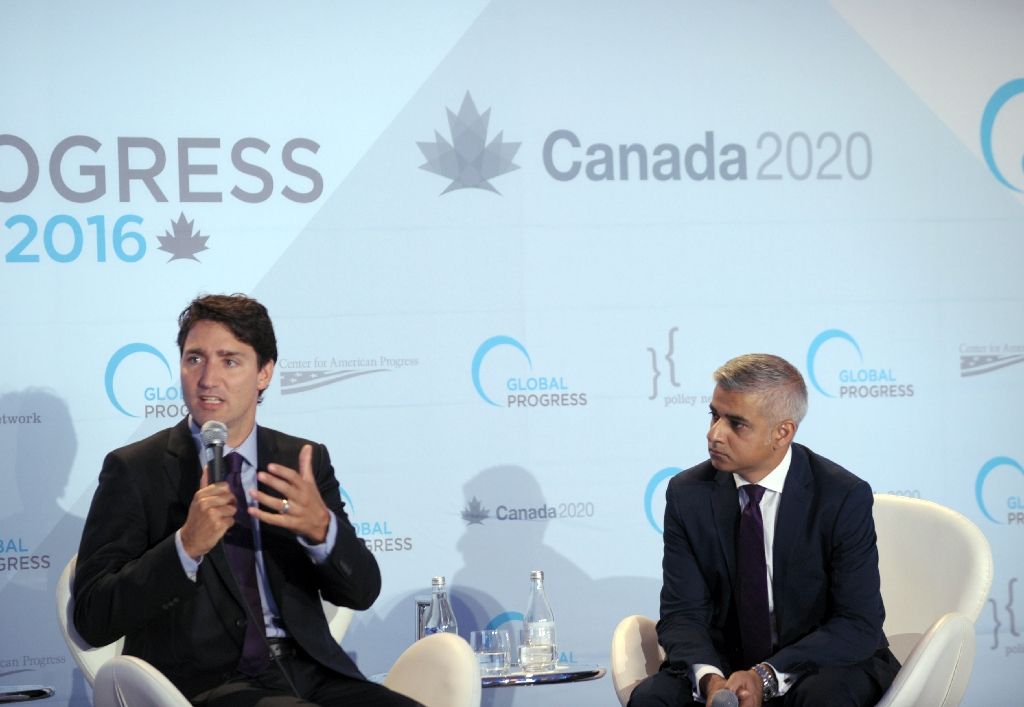 In Canada, all must help integrate immigrants: Trudeau

Canadian Prime Minister Justin Trudeau said Thursday that the successful integration of immigrants into society requires efforts by all Canadians, as the country prepares for another wave of Syrian refugees.

“If we are going to have success stories of Syrians in Canada everyone has to be involved,” Trudeau said during a talk with the mayor of London, Sadiq Khan, at the Global Progress Summit in Montreal.

During the panel discussion, Khan praised Canada as “beacon” among industrialized nations for its positive treatment of immigrants.

Over the coming months, Ottawa is hoping to bring in another 20,000 refugees from Middle East camps.

Khan suggested that US Republican presidential nominee Donald Trump’s call for a temporary ban on Muslims entering the United States only serves to bolster the position of the Islamic State group fighting to seize territory in Syria and Iraq.

“Donald Trump is playing into the ISIS narrative by saying Muslims can’t fit into the US or the West,” he said, using an alternative acronym for IS.

Joking during the panel discussion, the Muslim mayor of London, who heads to Chicago and New York next as part of a five-day tour, also said he decided to visit North America now in case Trump is elected and makes good on his Muslim ban pledge.

Regarding the next leader of Canada’s neighbor and biggest trading partner in January, Trudeau said: “I look forward to working with whomever the American people choose as their president.”