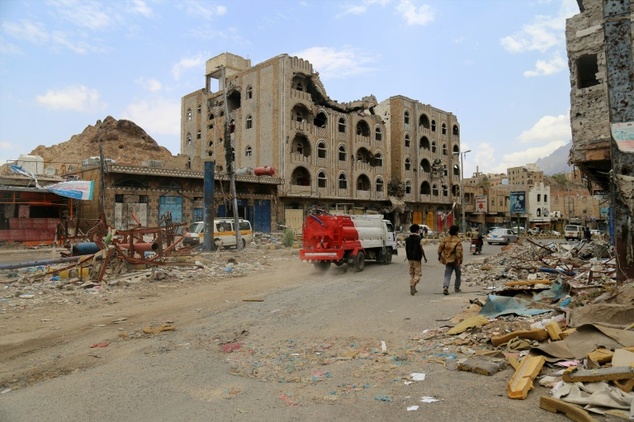 40 dead in clashes around key city of southwest Yemen

Colonel Sadeq al-Hassani, spokesman for the loyalist forces, told AFP that 27 Huthis and 13 pro-government fighters were killed as a rebel offensive aimed at reimposing a siege of the city was repelled on Wednesday.

Also on Wednesday, five Huthis and allied rebels were killed when loyalists backed by Saudi-led Arab coalition air strikes and artillery fought off a rebel assault in the nearby Kahbub area, pro-government officials said.

AFP could not independently verify the tolls and the rebels rarely acknowledge their losses.

The Kahbub fighting centred on a mountainous area overlooking the strategic Bab al-Mandab Strait at the entrance to the Red Sea.

The area is guarded by forces from the coalition, which intervened in Yemen in March 2015 to support President Abedrabbo Mansour Hadi’s government after rebels seized the capital Sanaa.

Yemen’s conflict has since killed more than 6,600 people, most of them civilians, and displaced at least three million others, according to the United Nations.

Fighting has intensified since the collapse in early August of UN-mediated peace talks held in Kuwait.