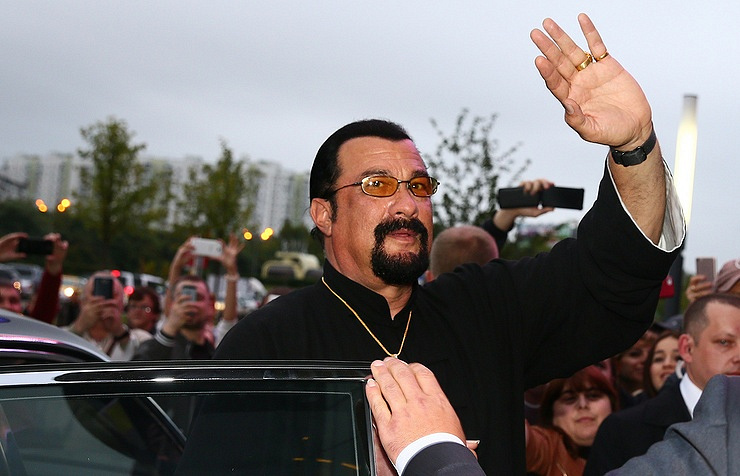 Hollywood actor Steven Seagal will visit the “Edge of the World” film festival on the Russia’s Far Eastern island of Sakhalin, a source in the regional ministry of culture and archives told TASS on Tuesday.

“He will arrive in Sakhalin tomorrow and will undoubtedly meet with locals,” the source said.

The sixth “Edge of the World” Sakhalin Film Festival opened on September 9. In the recent years it has become one of Russia’s biggest and most reputable events with programs featuring Russian and foreign movies, especially from Asian countries. Last year, Sakhalin’s residents had a chance to see some motion pictures new to national film festivals, among them were “Tryapichny soyuz” (translated as “Ragged union”) by film director Mikhail Mestetsky, “Chayka” (or “Seagull”) by Ella Manzheeva, “Pro lubov” (translated as “About Love”) by Anna Melikyan, and also some movies previously shown at the Cannes, Berlin and Venice film festivals.

As reported earlier, this year the Sakhalin Film Festival organizers’ team has changed. Alexei Agranovich has stepped down as the festival’s general producer and the old team has also left. This year, Alexandra Zhukova-Shmyrova has taken over running the program director’s duties, while Sergey Novozhilov has become the co-chairman of the organizing committee.

Steven Seagal was born in 1952 in Michigan, the US. He has so far starred in more than 120 movies most of which are martial arts action films.