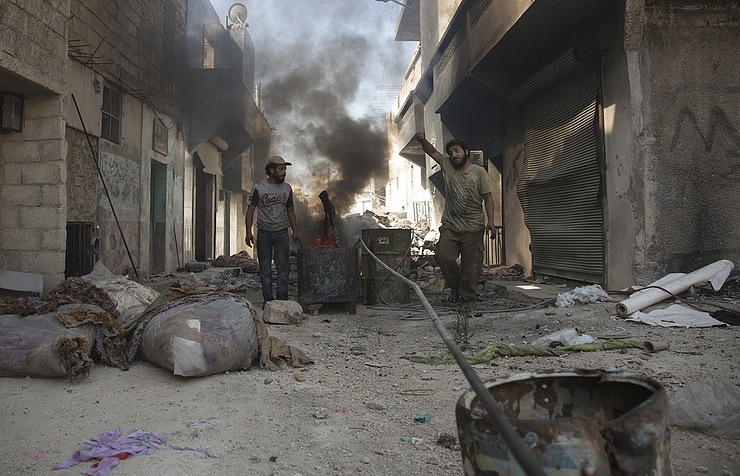 The refusal of 21 groups of the Syrian opposition to observe the regime of cessation of hostilities is an outrageous challenge to Russia’s and the United States’ efforts, the Russian Foreign Ministry said on Tuesday.

“According to media reports, leaders of 21 armed opposition groups in Syria, including Ahrar al-Sham, have refused to obey by the provisions of the truce that came into effect from September 12. These groups plan to continue armed confrontation with the Syrian government to the last,” the ministry said.

“We consider it an outrageous challenge to Russia’s and the United States’ efforts aiming to bolster the regime of cessation of hostilities, to promote resolution of humanitarian problems and create conditions for the launch of a comprehensive intra-Syrian political process,” the ministry stressed.

“In conditions when the Russian-U.S. agreements paving the way for an end of the fratricidal conflict are beginning to be realized in the long-suffering Syria, it is necessary to spare no effort not to let extremists and their supporters, who openly declare they are not going to break away from their former allies in the terrorist group Jabhat Fatah al-Sham (formerly known as Jabhat al-Nusra – TASS), impose their own bloody agenda on Syria,” the ministry said.

“We resolutely call on all who have any influence on these groups, first of all on the American side, to finally call their clients to order,” the Russian foreign ministry said. “We cannot let their expected provocative actions thwart the possibility of a political settlement of the Syrian crisis.”