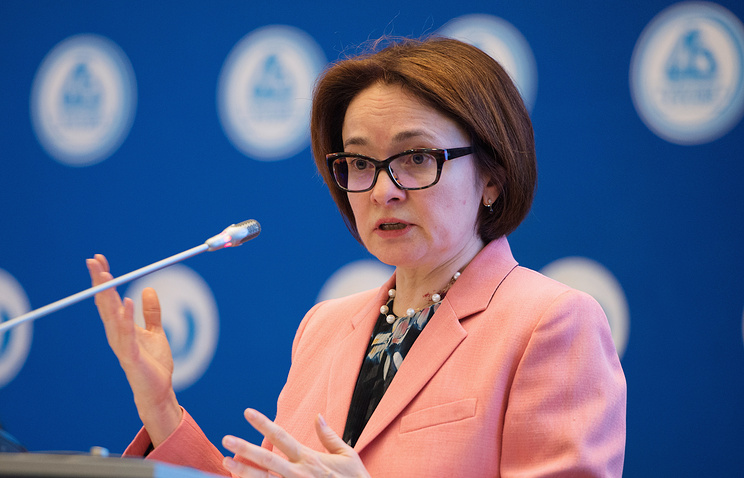 “It is important that in the course of transition to a structural surplus of liquidity, we see that the easing of monetary policy is happening virtually automatically. And the key rate becomes a benchmark for the rates which are applied to investment of funds not fundraising. This change in the role of the key rate is essentially equivalent of its reduction. But the key rate – and I would like to stress this – in any case remains “the anchor” for other money market rates,” she said.

Earlier Nabiullina noted that the key rate will not lose its role in the course of transition to a surplus of liquidity.

She said that the Central Bank is to move towards the “new nominal anchor”, which focuses on market participants.

The transition to the liquidity surplus will happen when spending from the Reserve Fund exceed the amount of 3% of GDP, according to a financial review on conditions of monetary policy the Central Bank released earlier today.

Earlier, the Central Bank said that it expects the transition to the surplus in November-December 2016.

Speaking about the Central Bank’s activities, Nabiullina stated that fighting cybercrime is one of the utmost priorities:

“Fighting cybercrime is the key priority. We should enhance the (financial) system immunity to this type of crimes.”