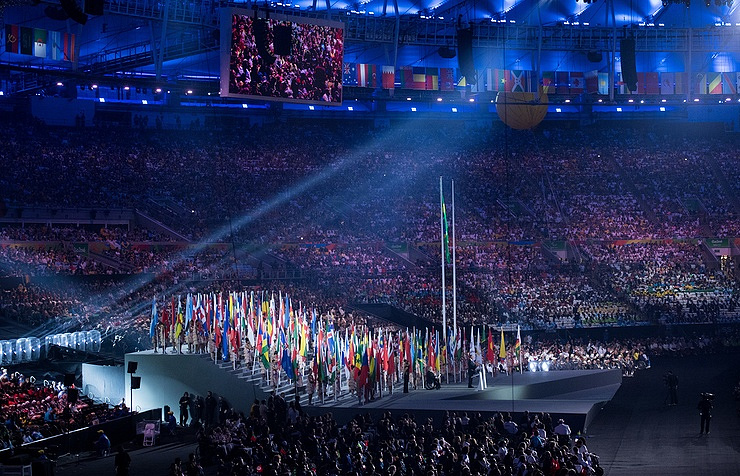 President of the Russian Paralympic Committee (RPC) Vladimir Lukin has expressed gratitude to a representative of the Belarusian delegation who carried a Russian flag at the opening ceremony of the 2016 Paralympic Games in Rio de Janeiro.

During the parade of nations on Thursday, a member of the Belarusian team’s delegation carried the flag of Russia along with their national flag as a gesture of solidarity with the Russian team barred from the Games amid the doping scandal.

“I can only thank our Belarusian colleague, an athlete, but unfortunately I don’t know his name,” Lukin told TASS. “In this difficult time he remembered about us and justice, and that politics should not interfere in sports competitions. Especially in the Paralympic ones that have a special humane meaning,” he said.

“It’s very good that the Belarusian remembered about the closest country to them – Russia. We will never forget this and will pay back in their own coin,” Lukin said. “I’ll find out if this was a move of the Belarusian committee or an individual athlete, but in any case I greet and thank the Belarusian colleagues. We are always friends with them,” he added.

On August 7, the International Paralympic Committee (IPC) took a decision to bar the entire Russian Paralympic team from taking part in the 2016 Summer Paralympics. The ruling came on the heels of a report delivered earlier in the summer by the Independent Commission of the World Anti-Doping Agency (WADA).

The RPC filed a lawsuit with the Court of Arbitration for Sport (CAS) on August 15 in Lausanne against the IPC’s decision, but eight days later, the Swiss-based court ruled to uphold the ban slapped on the whole Russian Paralympic squad. In late August, the RPC submitted a motion with the Supreme Federal Court of Switzerland appealing the decision made earlier by the CAS. The motion was eventually rejected by the federal court.