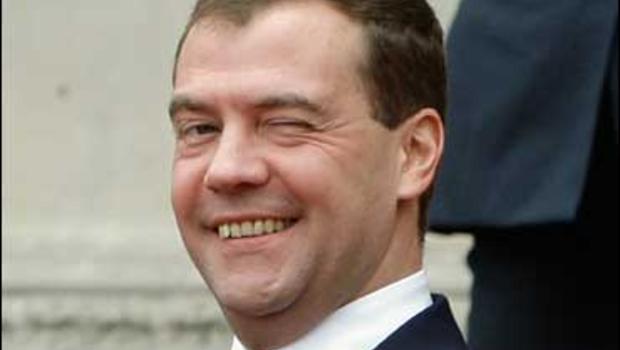 Russian Prime Minister Dmitry Medvedev, who is taking part in the East Asia summit in Laos’ capital city of Vientiane, today met with his counterpart from New Zealand John Key. The two premiers exchanged greetings in English in the presence of journalists and continued their conversation behind closed doors.

Russian Deputy Prime Minister Sergei Prikhodko earlier told journalists talks between the two countries’ heads of government will focus on trade-and-economic relations. He said Medvedev and Key will discuss prospects of closer relations bearing in mind the fact that New Zealand has not joined the West’s economic sanctions against Russia. IT is not ruled out that they will also look at possible signing of an agreement on a free trade zone with the Eurasian Economic Union (of Russia, Belarus, Kazakhstan, Armenia, and Kyrgyzstan).

Medvedev is representing Russia at the East Asia Summit on instructions from Russian President Vladimir Putin.

The East Asia Summit (EAS) was established in 2005 as a platform for dialogue among leaders of Asia-Pacific nations on questions of strategic development of the Asia-Pacific Region.

At present, EAS unites 10 countries members of the Association of Southeast Asian Nations (ASEAN) and their dialogue partners: Russia, Australia, India, China, New Zealand, the Republic of Korea, the United States and Japan.

Medvedev took part in the 9th and 10th East Asia Summits in Myanmar’s Naypyidaw in 2014 and Malaysia’s Kuala Lumpur in 2015.