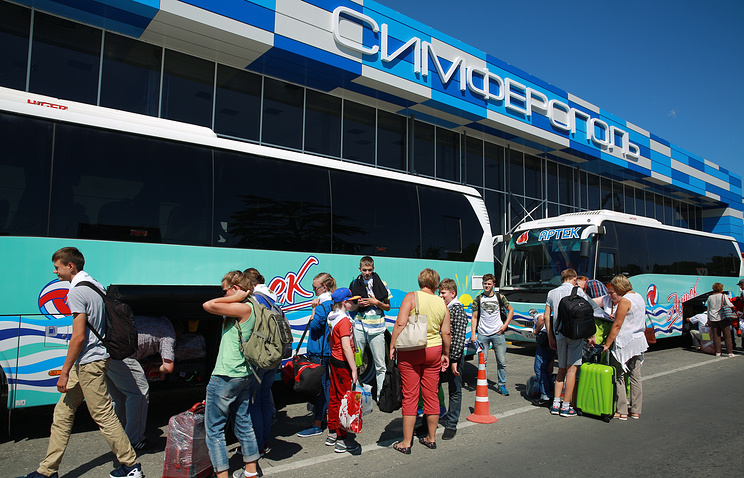 Dozens of flights delayed in Crimea amid Caucasus-2016 military drills

Some 40 flights, half of them bound for Moscow, were delayed at the airport of Crimea’s capital Simferopol today amid the Kavkaz-2016 military drills.

Apart from 21 flights to Moscow, three flights to St. Petersburg and others to Yekaterinburg, Ufa, Nizhnevartovsk, Minvody, Volgograd, Murmansk, Penza, Chelyabinsk, Novosibirsk and Surgut have been postponed.

Another seven flights – three to Moscow, and others to Belgorod, Minvody, Krasnodar, Novy Urengoy – have been canceled as of 6.30 a.m. Moscow time, according to the airport’s website.

The statement says today the airspace will be closed for four hours from 8.30 a.m. Moscow time “amid the Caucasus-2016 military exercises to ensure safety of civil aviation flights.”

“No flights will be received or depart at the airport in the Crimean capital during this time period,” it said.

The strategic command and staff exercises Caucasus-2016 are held in southern Russia on September 5-10. Some 12,500 servicemen are taking part in the drills.