Home » Manchet 1 » Unlike the US, Russia and Turkey ‘Understand Each Other’ in Syrian Chess Game 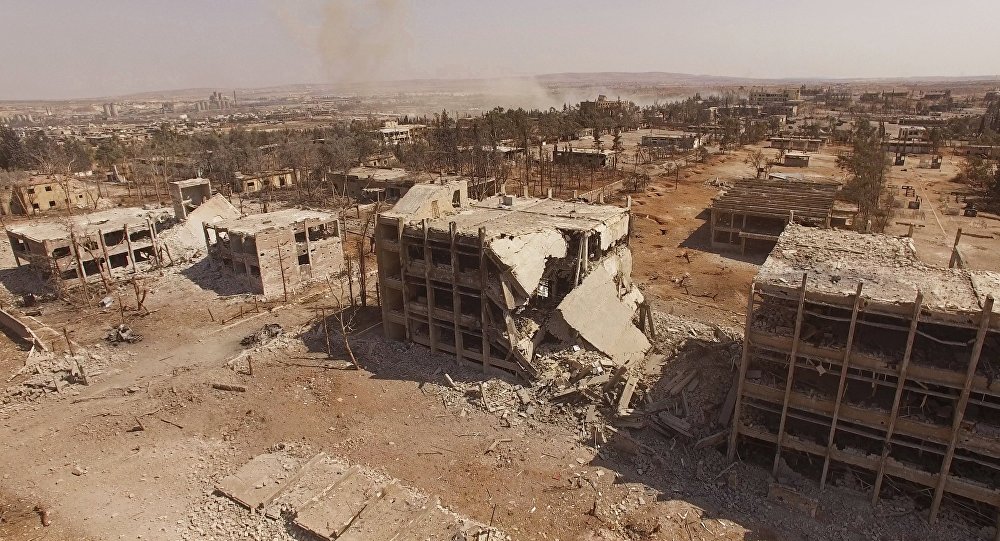 Unlike the US, Russia and Turkey ‘Understand Each Other’ in Syrian Chess Game

Diplomacy and “chess strategy” are the key factors defining developments on the battlefield in Syria, and Russia and Turkey understand each other well, unlike the US, Turkish political scientist Mesut Hakkı Casın told Sputnik Turkiye.

In the follow up to the recent announcement of President Putin that the Turkish military operation in Syria “was not something unexpected” for the Kremlin and Turkish recent proposal to announce a 48-hour ceasefire in Syria’s Aleppo, Sputnik Turkiye sat down with Turkish political scientist and expert in international relations, Professor at the İstanbul-based Yeditepe University Mesut Hakkı Casın to get his comments on these issues.

“Diplomacy and chess strategy are the key factors which define the developments on the battlefield in Syria,” the political scientist told Sputnik.

“Russia is advocating the territorial integrity of Syria and Iraq. This is exactly what President Putin had in mind when speaking about the need to adhere to the norms of the international law while settling the crisis in this region,” he added.

Mesut Hakkı Casın further noted that during the G20 summit  in Hangzhou President Recep Tayyip Erdogan also said that Turkey’s ‘Shield of the Euphrates’ operation is not aimed at violating the territorial integrity of Syria.

Besides, on Tuesday, Turkish presidential spokesman Ibrahim Kalin said that Ankara is proposing to introduce a 48-hour ceasefire around Syria’s besieged city of Aleppo and after that extend it until Kurban Bayrami holidays, which begin on September 12.

Otherwise it could lead to a new influx of refugees who have already flooded Turkey, and Europe will then get 1,5 million more migrants from Aleppo. Besides Turkey, it will come as a crushing burden to a number of European countries, and first and foremost to Germany, the expert said.

Meanwhile during his press conference at the G20 Summit, Barack Obama said that while the US and Russia had some “productive conversations” on the ways of settlement of the Syrian conflict, there are still “gaps of trust” between the two countries. “All the above means that unlike the US, Turkey and Russia do understand each other on Syria,” Casın told Sputnik.

“I think that Presidents Putin and Erdogan will be able to make an agreement on Aleppo in the nearest future, which will lead to the announcement of ceasefire for Kurban Bayrami celebrations and to the opening of humanitarian corridors,” he added.

Commenting on the developments on the ground in Syria, the political scientist noted that last year the Syrian army was controlling only 15 percent of the country’s territory. And if not for Russia’s involvement, Assad would not have been the country’s president by now.

“Russia, undoubtedly, is playing a leading role among the five countries who define the situation in Syria, along with the US, Saudi Arabia, Iran and Turkey,” said the political scientist. If any of the above countries is taken off the table, there will be no agreement reached on the settlement of the conflict. However the current situation, he said, is complicated with the mutual distrust of the players.

All the parties to the conflict should be interested in and have a clear intention for a ceasefire in the region. However the US, using the Syrian Kurds, wants to set up such a Syria, which will be in their own geopolitical interests. Meanwhile, the expert reiterated, Moscow, Damascus and Tehran insist on adherence to the principle of Syria’s territorial integrity.

Thus, he said, what should be done as soon as possible is to announce the cessation of hostilities in accordance with the norms of the international law. And all the large players in the region should realize this.