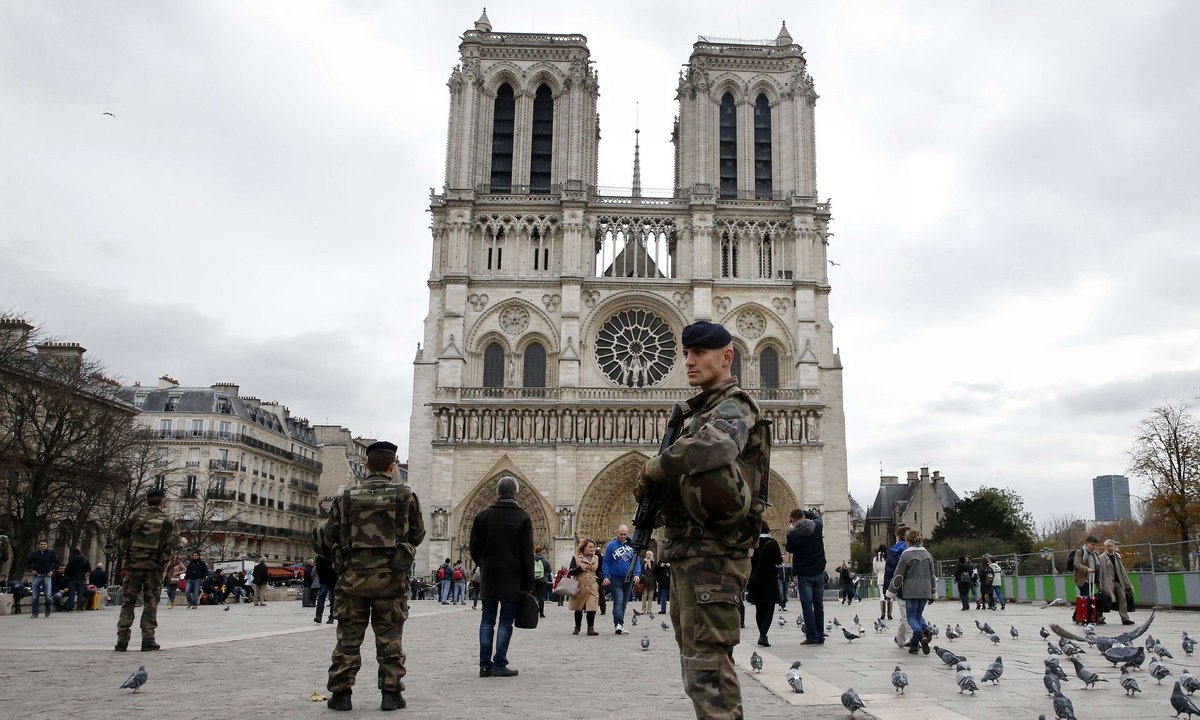 A second couple was detained overnight in connection with an investigation into the weekend discovery of an abandoned car in central Paris that contained seven gas canisters, a French police source said today.

The pair was picked up near Montargis, about 110 kilometres (65 miles) south of Paris. Their detention raises to four the number of people held in connection with the suspect car, an abandoned Peugeot 607 that was parked several hundred metres from Notre Dame Cathedral in Paris.

The car, which had no registration plates, contained seven gas cylinders, one of them empty on the front passenger seat.

It was found over the weekend with its hazard lights flashing, as if to attract attention, two police officials said on Wednesday.

“We think he may have been trying to carry out a test-run,” one of the officials said.

There was no detonating device present in the car, found on a Seine riverside stretch called the Quai de Montebello. Documents with writing in Arabic were also found in the car.

The first couple, who were detained at a service station on a road in southern France, were known to the security services for having links to radical Islamists.

The daughter of the car’s owner, described by her father as being radicalised, is also wanted for questioning, police said.

Anti-terror investigators are probing the incident, which comes as France remains on high alert following a string of jihadist attacks, including last November’s coordinated Islamic State (IS) group assaults in Paris by gunmen and suicide bombers who killed 130 people.